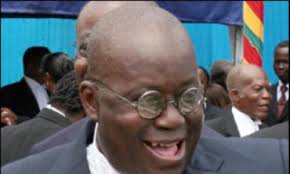 President Nana Addo Dankwa Akufo-Addo has rebuffed claims by a cross section of Ghanaians that the poverty level in the country has risen under his leadership.

The president on Wednesday told journalists at his annual media encounter that, upon a proper retrospect, Ghanaians would realise that his administration has done far better in putting money in their pockets than his predecessor.

“I think if most people stood back and saw their pockets, they will see that there are far more money in their pockets now than there have been for a very long time,” he stressed.

President Akufo-Addo early on observed that the average household budget is facing a declining rate of inflation.

“Inflation is the biggest enemy of poor people, the inflation rate in Ghana is going down all the time,” he pointed out, noting that key indexes like fuel and electricity prices have gone down significantly.
“Food prices in the budget of the average household have gone down significantly; people are no longer paying secondary school fees for their children; all of these things are the things that are also taking place in this cry of there is no money in people’s pocket.”
The president insisted the figures he puts out about the performance of the economy are “not glossy pictures” and “not sugarcoated” but “facts”.

He remarked that what developed countries like Japan, Korea did to get to their current state is not different from what his government is doing, that is getting fundamentals of the economy right to attract investors.

“We shouldn’t sneer at the these fundamentals of the economy,” he cautioned.