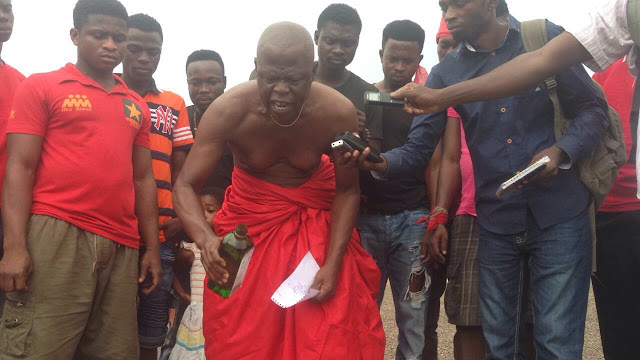 A customer of DKM Microfinance, Mr Eric Adjei, has disclosed on Rainbow Radio he is yet to receive his locked up cash from the defunct company.

Speaking on Frontline Friday, he said, residents in the Brong Ahafo region were made aware that former President John Dramani Mahama and his wife Lordina Mahama were behind the fraud.

“The NPP told us it was Mr Mahama and his wife who were behind the fraud and so we should vote for them so they will retrieve our monies for us. But when the Finance Minister, Mt Ofori Atta was vetted, he told the committee it was not part of their manifesto and so they will not pay.’’

Mr Eric Adjei wondered why the faces behind DKM, God is Love and Jester Motors have not been arrested.

“Some NPP officials who championed the DKM saga have been appointed by the president and so they have forgotten about us. President Akufo-Addo has disappointed and deceived us. They deceived us into voting for them. We want to remind them that, the curses we invoked on former President Mahama, would be invoked on them too. They cannot deceive us and be allowed to go unpunished.’’

Mr Eric Adjei indicated that, the state of the financial crisis in the Brong Ahafo region, has not been resolved, apart from what Mahama did, the current administration has not done anything new.

The NDC he stated lost the 2016 polls because of the DKM issue but the NPP has neglected the issue. They will come back in 2020 to seek our votes. We will punish them just like we punished the NDC.’’

Meanwhile, government says it has paid 90 percent of customers who lost their monies through the scam.

Deputy Information Minister, Pius Enam Hadzide, explained that, all those whop had their monies locked up at DKM have been paid through the official liquidator.

According to him, it was befuddling that the Mahama government had failed to completely deal with the issues regarding the pensions over the years.

Speaking at a rally in the Brong Ahafo region, the NPP flagbearer said his government will lift Ghana from its current state to a whole a new level, if he wins the December polls.

“I will investigate government’s inability to pay the monies owned as well as investigate the DKM scandal and to ensure that there would be total restoration to all affected in both scandals”.

Zanetor Joins The Campaign For Mahama 2020