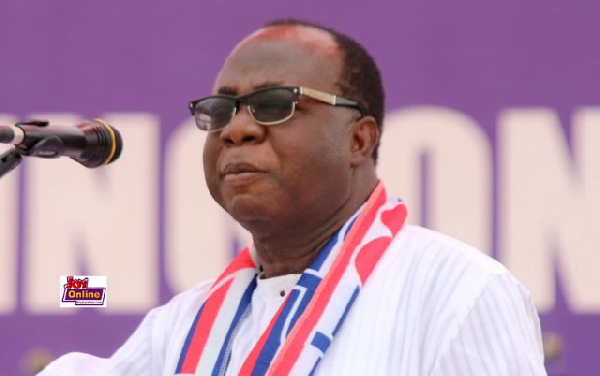 Newly elected chairman of the ruling New Patriotic Party, Mr Freddie Blay has finally rendered an apology to the National House of Chiefs for describing its President, Agbogbomefia Togbe Afede XIV as a palmwine tapper.

Earlier on, Togbe Afede, a businessman who is also the President of the Volta Regional House of Chiefs, had said that the purchase of 275 buses by Freddie Blay, deepens corruption perception in the country, and thus urged chiefs to help address the worsening perception and incidence of corruption.

“Some time ago, it was one party building a multi-million dollar headquarters, we all sat down and did not complain. And recently, an aspiring chairman of a party buying several 275 vehicles. These are matters that should attract Nananom’s attention. And I’m very happy that at least the latest one has attracted the attention of the special prosecutor. Unfortunately, the canker has spread so deeply” the Chief said about the 275 buses controversy.”

Mr Blay said in his apology:

“I write on my behalf as National Chairman of the NPP to apologize to Togbe Afede XIV Agbogbomefia of Asogli State and President of the National House of Chiefs for referring to his comments on my 275 buses for the constituencies as ‘a palm wine tapper business comment”
“I Freddie Blay upon careful thought realize it’s an insult to the Asogli State and the people of the State. I also know its bad manners to insult a Chief or an Elder in public since anyone who is born from home in Ghana must know this. I should have addressed the issue to allay Togbe’s fears.I once again apologize for my comments,”.