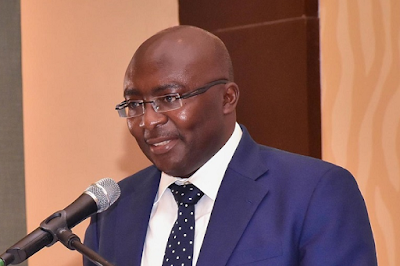 The Vice President Dr Mahamudu Bawumia has announced plans by the government to embark on a massive infrastructural development across the country in 2019.

“We are going to be tackling major roads, bridges, interchanges and so on across the country. There is a major infrastructure project on the way and the whole of Ghana, by the grace of God, will feel it when it starts in 2019”, he said, while addressing the closing session of a five-day capacity building conference for Metropolitan, Municipal and District Chief Executives (MMDCEs) in Accra last Friday.


The conference was on the theme: “Re-Energising MMDCEs to Deliver on Government’s Agenda”. The topics treated included local government system, leadership and revenue mobilisation.

Dr Bawumia said the Sinohydro project would be implemented on a full scale next year, and indicated that the government would be spending almost $1.5 billion out of the $2 billion Sinohydro facility on the road sector.

He mentioned the Eastern Corridor Road as one of the projects that would be benefiting from the road project.

Dr Bawumia said the rehabilitation of the railways had started, with work in progress on the Western and Eastern lines.

Besides, he reiterated that the government would be extending the railway line all the way to Paga.

“People think we are dreaming. Very soon it is going to be possible because this is the government of Nana Addo Dankwa Akufo-Addo”,

With regard to the economy, Dr Bawumia accused the erstwhile government of creating a mess by the incompetent manner it mismanaged the economy.

He said although the past government prided itself of embarking on massive infrastructural projects, the poor nature of roads across the country defeated that claim.

Dr Bawumia said the government was correcting the wrongs and taking steps to propel socio-economic development.

“Apart from cleaning the mess of incompetent economic management. We are putting in place structures to deliver”, he said.

Dr Bawumia said 20 months into its tenure, the government had improved the macro-economic indicators.

He mentioned improvements in the gross domestic product (GDP), reduction of debt to GDP ratio and reduction of fiscal deficit as some of the achievements of the government.

He said the depreciation of the cedi was around seven per cent compared to about 36 per cent recorded under the past government.

Besides, he said, the government had introduced free senior high school (SHS) education, the Planting for Food and Jobs, doubled the capitation grant and restored teachers and nurses allowances, among others.

Dr Bawumia said he wondered why former President John Dramani Mahama had decided to give another shot at the presidential contest when he had mismanaged the economy.

Dr Bawumia urged the MMDCEs to consider the training they had as a catalyst to study more and deliver more in their various assemblies.

The Minister of Local Government and Rural Development, Hajia Alima Mahama, reminded the MMDCEs that the government had decided to allow for the election of MMDCEs.

She urged them to dedicate themselves to deliver to make it possible for them to be elected as the first MMDCEs.