My Critics Are Ashamed – Akufo Addo 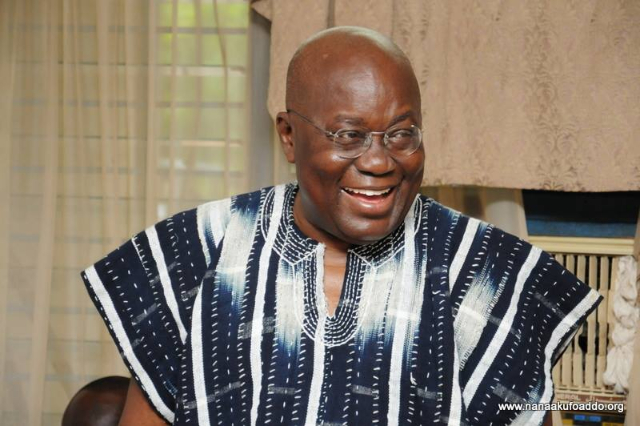 President Akufo Addo says his tenure in office so far has yielded many successes and fulfillment  of his promises made during the camapign season of the 2012 elections.

The president made this statement while addressing a durbar of chiefs held in his honour at Beposo, on Saturday, 11th August, 2018, day 2 of his 5-day tour of the Ashanti Region.

“The work that we promised to do, the promises I made during the campaign period, I believe that all Ghanaians can attest to the fact that they were not idle promises, but rather promises that I honestly believed that I could fulfill, once I won power.”

“Those who said we could not do it have been put to shame. Very soon, we will pass legislation that stipulates that every child in Ghana should go to school up to Senior High School level, at least. We don’t want dropouts. This way, everyone can find meaningful employment in this country,”

“We have reduced electricity tariffs as well, so as to bring relief to individual households, as well as to businesses. By so doing, business owners, especially entrepreneurs, will be energised to bring in more income. We came to visit you and to inform you that the promises we made to you here in Beposo, during the campaign period, are being fulfilled.

President Akufo-Addo thanked the Chief of Beposo, Nana Boamah Kwabi IV, for the large tracts of land, i.e. 24,000 acres, given to his administration to facilitate the realization of Government’s flagship projects such as the Programme for Planting for Food and Jobs, and 1-District-1-Factory.

Touching the concerns of the Beposohene on the extension of electricity to all communities in Beposo, President Akufo-Addo assured that Government is working towards ensuring that “every town and village in this country will have access to electricity, so that nobody will be left behind.

“It is systematic. We are pushing for complete rural electrification and very soon, you will hear from us here in Beposo.”

Earlier in the day, President Akufo-Addo visited the Rocklands Farms in Beposo, Wontumi Farms in Asare Nkwanta, and visited Assam, in Mampong, to inspect ongoing works on the Kofiase-Mampong road, which is being constructed for the first time in the country’s history.