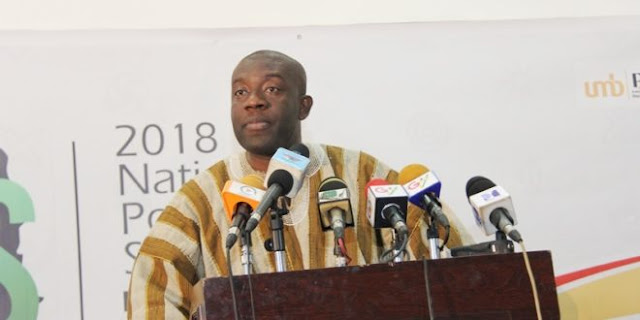 Information Minister Nominee, Kojo Oppong Nkrumah has stated that the NPP government never promised to build a factory in each district by itself, as has been widely reported.

In setting the records straight, Mr. Oppong Nkrumah explained that what his party promised in its 2016 manifesto was a private partnership.
Addressing journalists in Accra yesterday [Tuesday], he disclosed that 18 factories have so far received accreditation and plans are underway to set up 70 more factories by the end of this year.

“The NPP’s commitment is on page 43 of the party’s manifesto, and I just want to quote it so that we know the premise on which we are working. In collaboration with the private sector, the NPP will implement the One District, One Factory initiative. Sometimes we come across people who make the argument that the NPP said it will build factories in all of these districts, but our manifesto commitment is clear for the avoidance of doubt.”

“It must be stated that government has not said that it will or the state will build these factories on its own. We have insisted consistently that we will facilitate the work of the private sector in building these factories. 18 factories have been accredited so far, and additional 50 are expected to be accredited, and this should bring to almost 70, the 1d1f projects by the end of this year.”

President Nana Addo Dankwa Akufo-Addo recently stated that government’s plan to liaise with the private sector to build factories in every district is on course.

Per the promise, it is expected that every Metropolitan, Municipal, and District Assembly will have a factory established to boost local economies and create jobs for the youth.

The government has been criticized in recent times for not being able to ensure the construction of factories as part of the initiative.

In response to these criticisms, a former Minister of Information, Mustapha Hamid, once said not every district will see the establishment of a factory before the end of Akufo-Addo’s tenure.

He said it was their hope that if they are unable to create factories in all the districts as promised, successive governments would complete it.

“…President Akufo-Addo was virtually saying that for this country to improve, it is a country that we can get one district one factory, and that when he gets the power he will put in place measures to make sure that dream is fulfilled. So he may not in the four years or eight years be able to establish a factory for every district, but whatever it is, even if he is able to do 100 or 200, any successive president can continue with the projects, then [it will mean that] we are moving towards President Akufo-Addo’s Ghana beyond aid agenda,” he stated.