IGP Caught In Contempt of Court 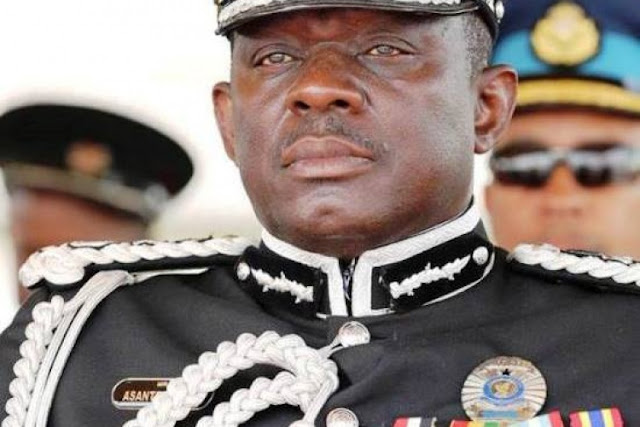 The Inspector General of Police (IGP), David Asante Appeatu risks being cited for contempt of court in the wake of plans by an aggrieved party to garnishee the bank accounts of the Ghana Police Service following a court ruling by a Tema High Court ‘A’.

According to a letter from the Attorney General’s Department dated July 10, 2018 and signed by one Clarence Kuwornu, a Chief State Attorney, the IGP has been directed through the Police Legal Department to comply with a ruling of the court to reinstate an interdicted policeman with all his allowances paid.

A copy of the cover letter to the Ghana Police Service Legal Directorate from the Attorney General Department also cautioned against an appeal stating “an appeal against same will not be worthwhile and unsuccessful”.

According to a ruling on Tuesday, April 10, 2018, the High Court presided over by Justice Richard Adjei-Frimpong granted reliefs to a plaintiff in a case, Bawah Abdul Jalil of the Ghana Police Service with service Number 41082, who was on interdiction since 2008 to be recalled into the service.

It also directed that the plaintiff is restored to his appropriate salary and allowances as a trained policeman with effect from July 2008 till the date of his reinstatement.

Read Also: Kufuor Honored With The Highest Award In Liberia

The Court further directed that Bawah Abdul Jalil is paid accumulated salary and allowance together with interest at the prevailing bank rate from July 2008 till the date of final payment.

Following the non-compliance, the plaintiff is again heading to court to enforce the ruling and cite the IGP for contempt since he has still not be reinstated.

According to the facts of the case, the plaintiff who was appointed into the Ghana Police Service in 2006 was accused of booking for a weapon and ammunition in the company of three supposed policemen.

Subsequent events revealed that these persons said to be at large with the weapons and ammunition they obtained from the armoury were not policemen.

He was therefore charged with conspiracy to steal weapons and ammunition before the Greater Accra Regional Tribunal but the charge was later withdrawn.

He was still not recalled and his salary was not restored leading to the matter ending up at the High Court and a ruling given after nearly seven years.