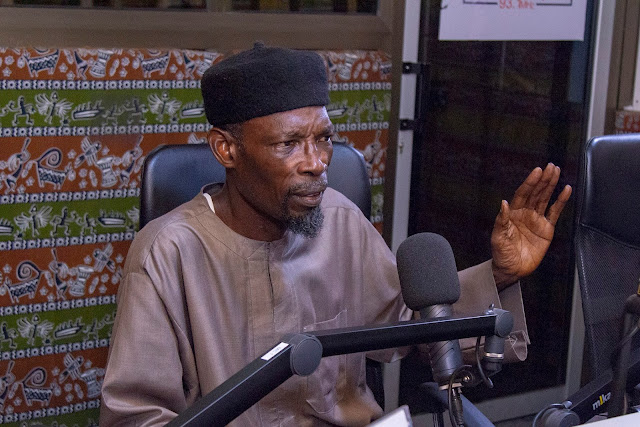 Spokesperson of the National Chief Imam Sheikh Aremeyaw Shuaib is worried the establishment of a national cathedral as a heritage project may turn out to be fertile grounds for conflict.

President Nana Addo Dankwa Akufo-Addo on March 6, 2018 unveiled an architectural design for the construction of a national cathedral.

The design, which was inspired by the concept of unity, harmony, and spirituality, is a heritage project to commemorate the 60th independence anniversary of Ghana.

The project has been proposed to be cited on 14 acres of gardens near the Osu Cemetery in Accra, and it will be a gathering place for people of all faiths.

Some judges have already been given eviction notices to vacate their residences to make way for the construction of the structure.

There has since been heated public debate about the need or otherwise of a national cathedral as well as the proposed location for the project.

Speaking on 3FM’s Sunrise Thursday, Sheikh Aremeyaw argued that the project does not reflect the true secular nature of the country but rather favours one religious ground; a situation he fears will breed religious conflict.

“The context is that, okay, you are a secular country, the national Christian cathedral will just give certain image or monument to satisfy only one section of the citizenry. If you do so you sometimes create a foundation for certain kind of conflicts,” he told the host, Winston Amoah.

In his view, an inter-faith edifice would be a better representation of the purpose of the structure than a national cathedral.

According to him, the attainment of Ghana’s independence was a collective effort, won by people of different religious groups who must be given a stake in the celebration of independence through the heritage project.

“Our independence was obtained through certain processes, people participated, it was an aspiration, a national aspiration and we are thankful to God that He gave it to us. So in thanks to God we celebrated our 60th anniversary and out of that we thought that there must be certain heritage projects that will immortalize the desire for independence in our minds.

“I thought that that broad aspiration should have been the focus of that every citizen of this country wants of be part of that pride. We must have certain heritage projects celebrating our togetherness,” he advanced.

Sheikh Aremeyaw explained that an inter-faith establishment will further solidify the inter-religious peace Ghana has enjoyed over the years while leaving a monumental legacy for posterity to appreciate.

“My suggestion is that it would have been better to promote our inter-faith harmony in this country because you give shape and structure to it.

“In this case, you make it a permanent feature of our county, you deepen it, you don’t make it a superficial thing by now creating something structural, give it an image that future generations will point figures at,” he explained.