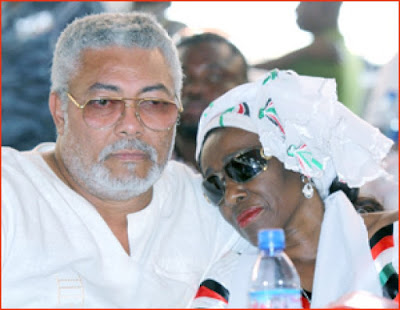 Former President Rawlings has come under public scrutiny following an extensive documentary seeking to reopen and solve an age-long mystery of the killing of three High Court Judges during his tenure as President.

The Joy News’ documentary, ‘Who Killed the Judges? gave a chilling account of how the judges and a retired army Major were abducted and killed in 1982.


The former President after watching the documentary in a tweet lambasted the media house and posited that history was being tweaked to paint him black.

“We have rehashed and recooked history to make innocent people look murderous. And in the next breath using the same name to endorse yourselves because Rawlings said he is cultured (compared to his predecessors). This is vicious and callous political opportunism,” part of the tweet read.

But in a twist of events, a former corporal in the Ghana Armed Forces and a bodyguard of Jerry John Rawlings says the Ex-President cannot excuse himself of culpability in the murder of the three judges and the military officer in 1982.

Ex-Corporal Mathew Adabuga noted that Rawlings gave the order for numerous murders for both soldiers and civilians who were buried in mass graves at Achimota Forest and Airport runaway.

He also revealed under the order of the former Flight Lieutenant, mass graves were dug at a different location near the airport called Gadafi camp where many soldiers attached to the Military Intelligence were killed in mass.

Mathew Adabuga who is considered one of the main architects of the December 1981 coup also reiterated his allegation that among others, Rawlings popped champagne to celebrate the murder of the 3 judges and a soldier when Amartey Kwei came to inform him.

He admitted regrettably that the National Reconciliation Commission did not serve enough justice since he and Former President Rawlings are still alive despite their heinous crimes.