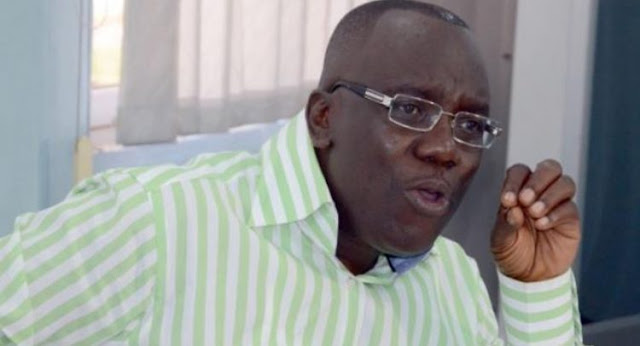 The Chief Executive of the Forestry Commission Kwadwo Owusu Afriyie says his outfit will employ a more ruthless approach in fighting illegal logging of trees in the Sefwi area.

According to him, the Commission is engaging the services of military men who will be instructed to shoot at persons found to be depleting the country’s forest.

He made the comments during an interaction with the media in the Western Region.

Ghana’s forest has for years been at the mercy of illegal loggers.

The trees, have mostly been cut by illegal chainsaw operators who have used the trees for various commercial activities.

The situation has become so alarming with stakeholders divided over the course of action to take.

Sir John, as the Chief Executive is popularly known, was convinced a shooting policy will help address the canker when he spoke to journalists in the Western Region.

However, he appeared to have backtracked w hen he was later confronted by Joy News’ Emefa Apawu about a possible shoot to kill policy.

He said his outfit will engage the security officials to protect the forests.

According to him, if the current forest dissipation should continue, by 2020 the country will have no forest to depend on.

“We do not have power to shoot to kill,” he said, adding we are engaging the appropriate authorities to see if the mode of patrol has to be changed.

He was convinced however that ruthless action will be taken to ward off illegal loggers and chainsaw operators from the forest.