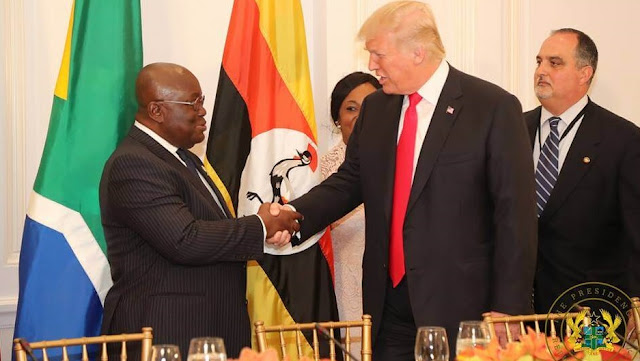 President Akufo-Addo has condemned President Trump‘s reported comments referring to Haiti and African nations as “shithole countries,” calling it hateful and extremely unfortunate.
He took to his twitter to tweet this:

The language of @realDonaldTrump that the African continent, Haiti and El Salvador are “shithole countries” is extremely unfortunate. We are certainly not a “shithole country”. We will not accept such insults, even from a leader of a friendly country, no matter how powerful.

Trump wrote on Twitter early Friday denying that he said “anything derogatory” about Haitians, saying he simply used “tough” language in the immigration meeting.

Never said anything derogatory about Haitians other than Haiti is, obviously, a very poor and troubled country. Never said “take them out.” Made up by Dems. I have a wonderful relationship with Haitians. Probably should record future meetings – unfortunately, no trust!