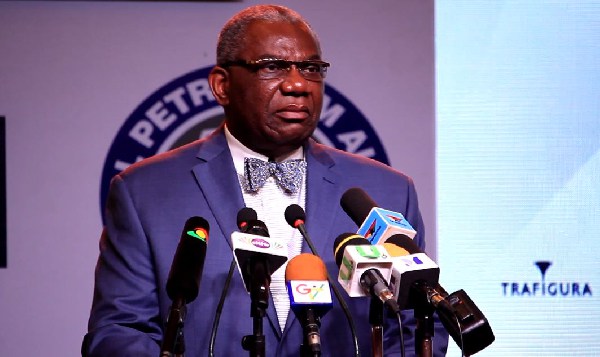 The minister in charge of Ghana’s energy Mr. Boakye Agyarko becomes the first minister to lose his job in the Akufo–Addo administration after being stripped of his ministerial position in relation to the controversial revised AMERI deal of the former NDC government.

He is expected to handover to Minister of Lands and Natural Resources, Peter Amewu.

A statement signed by the Presidency’s Communications Director Eugene Arhin said the Lands and Natural Resources minister John Peter Amewu has been tasked to take over until a subtantive appointment is made. 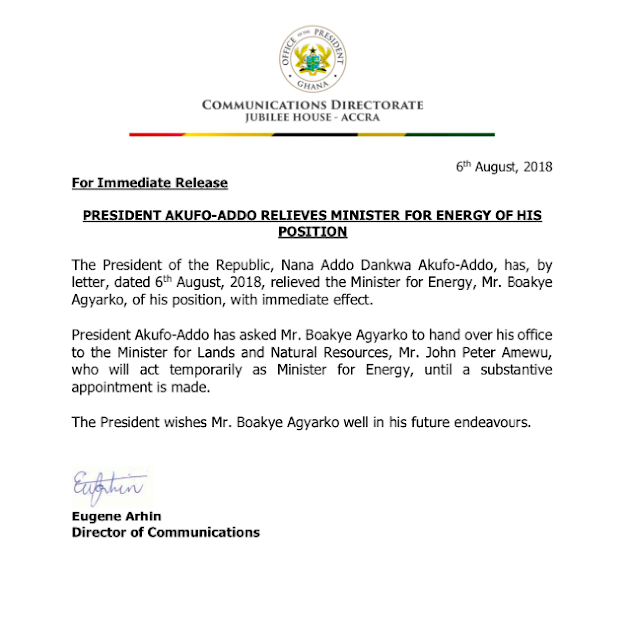 He said the departure of the minister is in the interest of the Ghanaian public and the Akufo-Addo government.

Director of Communications, Eugene Arhin said the Mr. Agyarko has accepted the decision in good faith.

He said President Akufo-Addo did his own due diligence before deciding to sack the Energy Minister.