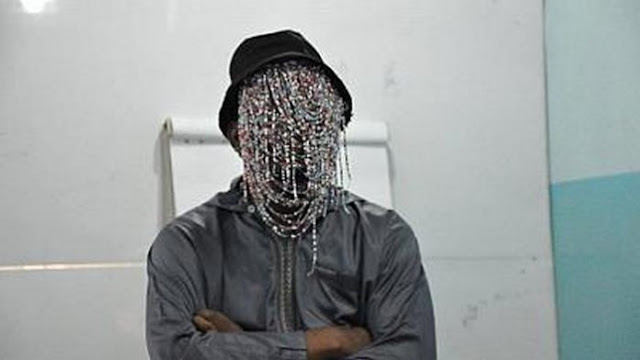 Ace Investigative Journalist, Anas Aremeyaw Anas has hinted of an expose that will most likely cause another tremor, this time, maybe in the political spheres of the country.

Speaking to Citi TV’s Bernard Avle on ‘The point of view’, Anas assured the populace of his resolve to tackle the crux of corruption in various sectors in society.

“Unless you don’t look at my line of work, what we do is in the interest of the state, maybe you are talking about politicians, it’s a matter of time”.

The journalist who revealed he combines undercover and sting methods to investigate issues said he deems it obligatory to help cleanse society of the menace that has so badly infected it. He says he sees absolutely everything right with what he does despite the fact that people’s livelihoods, families are consequently affected by his exposes. His reason; they should know better than try to cheat and destroy society through their malicious deeds.

“You also want to ask yourself the effect of what they do on society. If your grandmother or grandfather has died in a hospital because of 10 cedis or 20 cedis, if you’d be happy..”.

Touching on his 2015 exposé on the Judiciary and the subsequent petition for dismissal of judges found culpable, Anas said it was simply not enough for the documentary to be done, discussions to be held and no actions taken. For him, the ultimate was to deal with persons involved in the corruption, deal with the bad nuts in the system and prevent any further damage on the country’s legal system.

“My work in the judiciary was a quick surgical operation and I did that because I actually admired reputable judges; many of them who are still in the service and I was worried that a few bad nuts would dent the reputation of the great ones”.

“I did the job to make the judiciary look better and I am glad that a lot of confidence is being restored now. We still ought to push the frontiers, we keep making the noise, that’s the only way we can have a decent society”, he said.

Adding, “I’m a product of this society. I come from Bimbila, that’s my hometown, I’ve lived with my people and I know the sentiments. Just as we complain everyday as journalists, the poverty we suffer, so do we hear that from the police. How many people from the judiciary are paid well? This is a third world country and we have our issues. There is nothing wrong with being innovative in our thinking so what were people expecting me to do? Just publish it and go to bed?”

“We are building a society and posterity will not forgive us if we don’t stand firm and push the frontiers of democracy, I found that as a civic duty, not just as a civic duty but if I’ve uncovered something that I felt was of grave importance to this country, I needed to follow the constitutional dictates; petitioning and ensuring the removal”.