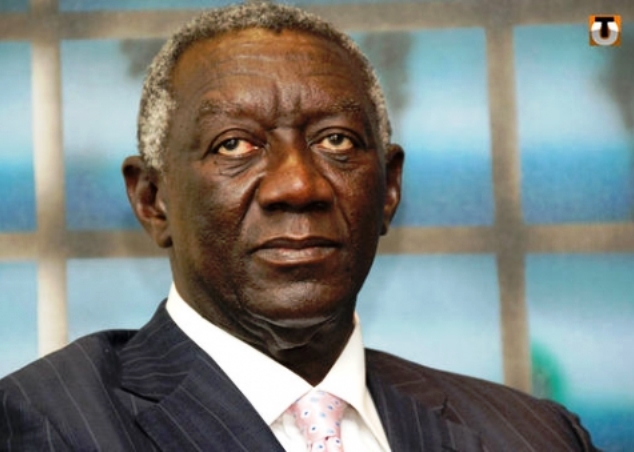 Former President John Agyekum Kufuor has made a shocking revelation about how the previous Mills-Mahama National Democratic Congress (NDC) administration deliberately denied him ex-gratia as an Article 71 office holder for eight years.

Mr. Kufuor, a renowned statesman, celebrated his 80th birthday on Saturday, December 8, 2018, amid pomp and pageantry.

Speaking to Accra-based Joy FM yesterday, the former president said, “I haven’t been paid ex-gratia. The administration that took over from me pretended there hasn’t been such approval.”

This revelation comes at a time when former President Mahama, who denied Mr. Kufuor his ex-gratia, is complaining bitterly about the non-payment of his monthly salaries.

In July, this year, the Office of Mahama renewed its cheap propaganda by claiming the current NPP administration had failed to pay him monthly salaries since he left office and had denied him his ex-gratia as well.

Persons close to the former president, including his aide and former Deputy Transport Minister, Joyce Bawa Mogtari, peddled falsehood that Mr. Mahama, unlike other former presidents, had not been receiving his constitutionally approved monthly salaries since losing the 2016 general elections humiliatingly.

But unlike the ‘crying’ John Mahama, Mr. Kufuor explained that he was not worried about the non-payment of his ex-gratia by his successor Prof Mills and Mr Mahama, adding that ex-gratia was not his focus as a respected statesman who diligently served the nation in various capacities over the years.

Throughout the eight-year tenure of the NDC, Mr. Kufuor stated that the administration had turned a deaf ear to suggestions for ex-gratia by the Chinery Hesse even though Mahama pretended that he was taking good care of him.

The current NPP government is yet to form a new committee to determine how much to be paid Article 71 Office Holders.

Article 71 (1) and (2) of the 1992 Constitution states that the determination of the salaries and allowances of the Executive, the Legislature and the Judiciary paid from the Consolidated Fund would be determined by the President on the recommendations of a committee of not more than five persons appointed by him and acting upon the advice of the Council of State.

In determining the salaries of the President, his Ministers, and political appointees, as well as the members of the Council of State, the Constitution states that Parliament would determine that based on the advice of the same committee.

The last President Emoluments Committee for the determination of emoluments of Article 71 (1) and (2) Office Holders, headed by Prof. Dora Francisca Edu Buandoh of the University of Cape Coast set GH¢22,809 as salary for president and former presidents and the amount was approved by Parliament.

That amount was up from the non-taxable salary of GH¢15,972 previously approved for presidents, representing a 43 per cent increase.

The report indicated that the state would provide staff not exceeding four to president while on retirement.

He is entitled to ultramodern office and communication equipment and staff support consisting of a cook, steward and gardener.