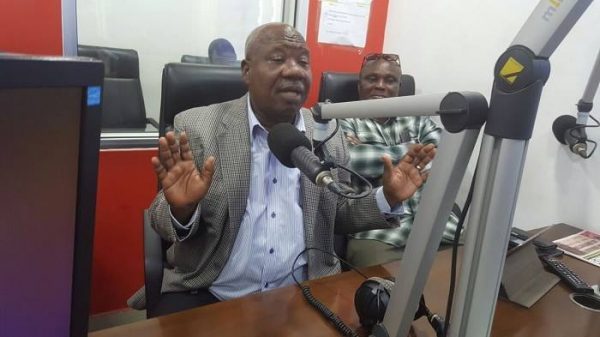 According to Allotey Jacobs, no other flagbearer aspirant is capable of holding the fort for the party, stressing that anyone who does not support the former president to win the position practices sorcery.

“Until Mahama will hold somebody’s hand and say that ‘I’m done so vote for this man,’ everybody will go for him. 90 per cent of the votes are for John Mahama.”

“If you don’t support Mahama, then you are either a witch or a wizard,” he told Joy News’ Elton John Brobbey .
Mr Jacobs was speaking at the party’s congress grounds at the Trade Fair Centre in Accra where delegates have gathered to vote for national executives to lead the party into the 2020 elections.

A congress to elect flagbearer aspirants has been scheduled for December but Mr Jacobs says the former president has already won the battle.

He is not perturbed that Mr Mahama presided over the party’s most shocking defeat in 2016. For him, the former president has no challenger.

“Heroes or commanders who fall, rise up to win battles so that is not the end of Mahama. It is rather the beginning of Mahama and greater things for the NDC,” he said.

He is convinced that once elected flagbearer, Mr Mahama will win the 2020 elections “hands down.”