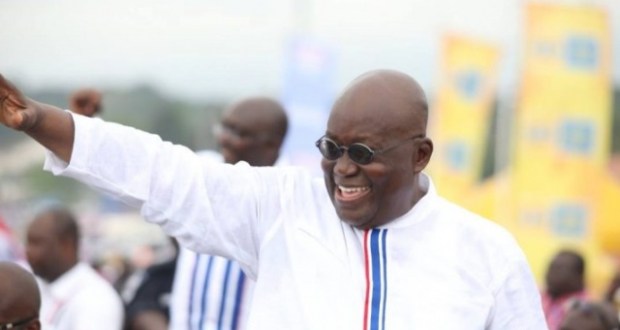 President Nana Addo Dankwa Akufo-Addo will embark on a three-day working visit to the Eastern Region from 22 to 24 November 2018.

The visit forms part of the president’s commitment to deepen grassroots participation in his government and to also obtain first-hand information from the people, a statement signed by the Eastern Regional Communication Director of the governing New Patriotic Party, David Prah, said.

The visit, according to the statement, will also afford the president an opportunity to account for his stewardship to the voters who gave him the mandate to govern the country.

As part the of the visit, Nana Akufo-Addo will inspect some ongoing development projects and inaugurate the Akim Oda-Akwatia-Winneba Urban Water Supply system at Akim Oda, among other completed projects.

Nana Akufo-Addo will also attend a durbar to be organised by the chiefs and people of the region in his honour.