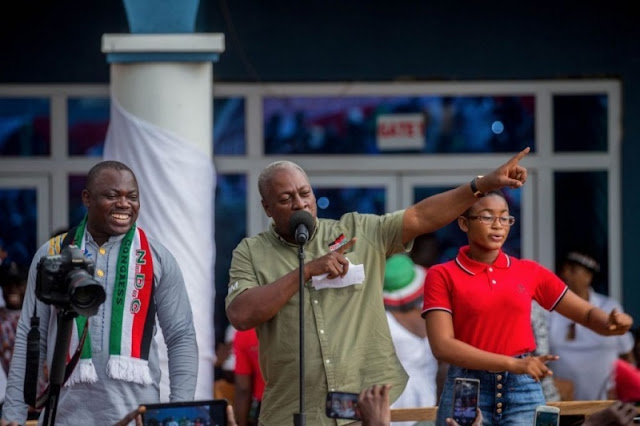 Former President John Mahama must run with an Akan if he intends making a good showing in the 2020 elections, if he secures the mandate of the NDC, pollster Ben Ephson has said.

According to him, the former President cannot afford to pick a non-akan as running mate considering the complex nature of the country’s political system.

“If Mahama wins as flagbearer of the NDC, it will not be advisable for him to choose a Voltarian or Ga as a running mate. He will have to take an Akan as a running mate for balance,” the managing editor of the Daily Dispatch newspaper told Francis Abban on the Morning Starr Monday.

The comment is response to a caution to the NDC by a defeated deputy organizer aspirant Anita Desoso following the failure of Ewes to make it into the national executive body of the NDC after the Saturday Congress which elected new executives.

But Mr. Ephson says the situation cannot be blamed on the party.

“Anita De Sooso got only about 300 votes when she contested but that doesn’t mean only 300 people from the Volta Region voted. One can tell that delegates voted for quality and not based on Regionality. In terms of organization and being in touch with the roots, Anita lacked that and that was why the number of votes she got didn’t surprise me”.

The pollster also noted that the newly elected chairman of the NDC Samuel Ofosu Ampofo will deal with perceptions that the general secretary Johnson Asiedu Nketia is a dictator in the party.

“There is the need for the party to have conflict resolution mechanisms. I don’t think Ofosu Ampofo as Chairman will sit down for the Regional Executives not to have resources to work. If Ofosu Ampofo hasn’t changed, Asiedu Nketia wouldn’t misbehave”.