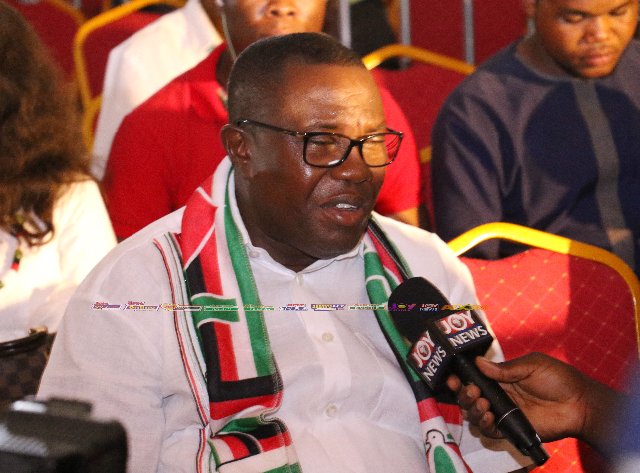 The newly elected Chairman of the National Democratic Congress (NDC), Mr Samuel Ofosu Ampofo, has stated that his focus, going into the 2020 election, would be to build bridges and present a united party capable of recapturing political power from the ruling New Patriotic Party (NPP).

Mr Ofosu Ampofo won the National Chairman position by polling 3,656 votes to beat off competition from four other contenders at the ninth delegates congress of the party held over the weekend.

Other national officers of the party were also elected at the congress.

Speaking to the Daily Graphic shortly before the swearing into office of the new national executives, Mr Ofosu Ampofo said he would lead the way to cement good relationships and also take steps to mend all broken ones across the rank and file of the party.

“I sold my message to the delegates and they believed in me and bought it, and I am happy. I bring to the table about 26 years of experience having served the party and the country in various capacities. I will translate this wealth of experience to work to rebuild a strong and united party,” he said.

Mr Ofosu Ampofo paid glowing tribute to the youth and women wings of the party, describing them as key to his victory and the party’s chances in the 2020 election.

“I will work to inject fresh energy into the youth and women wings because they do all the bidding of the party at the grass roots,” he said.

He debunked suggestions that the results of elections meant that the Volta Region, which is the stronghold of the NDC, had been sidelined.

“I want to declare here and now that I will be a Voltarian Chairman because I have goodwill from that region. I will do everything possible in my capacity as the chairman of this party to whip up the interest of the people of the Volta Region in the NDC,” he stressed.