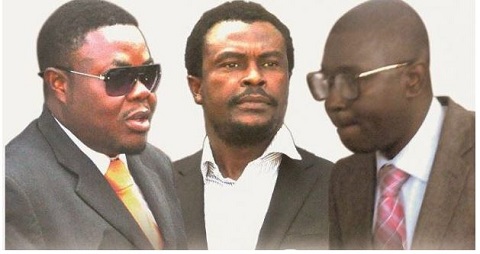 In a 5-2 majority decision Wednesday morning, a seven-member panel of the court ruled that the President’s powers to remit a conviction covers that of contempt of court.

“The remission cannot be questioned as it followed due process,” the court held.

Saliu Maase aka Mugabe, a radio show host; Ako-Gunn and Allistar Taipei Nelson, two panellists of Montie FM in Accra were sentenced to four months’ imprisonment each by the Supreme Court on July 27, 2016 for scandalising the court.

The two panellists, spurred on by Maase, threatened the lives of judges of the Superior Court, especially those who had heard the case on the credibility of the country’s electoral roll filed by Abu Ramadan and Evans Nimako against the Electoral Commission (EC).

They were found guilty of scandalising the court, defying and lowering its authority and bringing its name into disrepute

Shortly after the apex court’s decision, a petition was sent to then President Mahama, describing the sentence as “harsh” and urging him to pardon them.

The President, in August 2016, remitted the convicts’ sentences from four months to one month, which they served.