Mahama Must ‘Restore Factory Settings’ And Restart As An Assemblyman – Wontumi 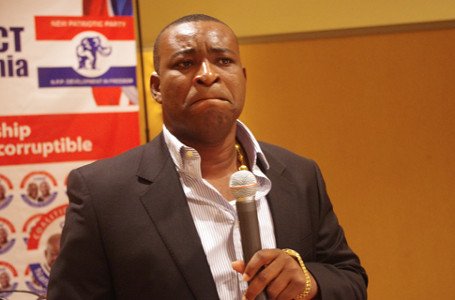 The Ashanti Regional Chairman of the New Patriotic Party has advised former President Mahama to put pride aside and restart his political career from the assembly level if he wants to rise through the ranks to become president again.

Quoting a popular phrase from Henry Wadsworth Longfellow which states that “The heights by great men reached and kept were not attained by sudden flight, but they, while their companions slept, were toiling upward in the night”, Chairman Wontumi emphasized that great leaders like President Akufo-Addo, went through the mill and with humility, have become leaders with visions unlike former President Mahama.

He thus advised the former president not to rush for a comeback to lead the National Democratic Congress as flagbearer when there was more he could do to “repair his presidential ambition which is on life support”.

“Former President Mahama is a young guy but the damage he has done to his political life is bad to the extent that he has no chance to come back as president again. His political career is on life support and the best he can do now is to restart from the assembly level and help the NDC as a polling agent. Through this, he can relate with the people and know that they abhor corruption”, he said.

On Thursday, August 23, 2018, former President John Dramani Mahama made it known to the general public that he has submitted to the General Secretary of the National Democratic Congress (NDC) confirming his decision to contest for the leadership of the party with the clear view on victory in 2020 general elections.