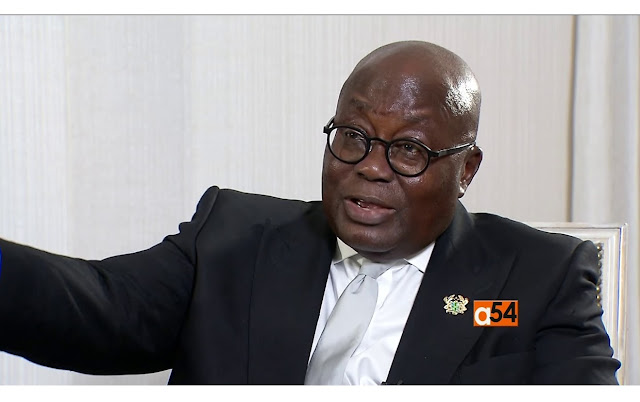 President Akufo-Addo has described his political opponents who refuse to see the strides his government has made as blind.

According to him, most of his political opponents often insult and belittle his achievements without having any justifiable course.

The President made the statement when he inspected the removal of timber from Volta Lake by Kete Karachi Timber Recovery Limited (KKTR) at Sedom in the Asuogyaman District of the Eastern Region under the One District, One Factory (1D1F) policy.

He said Ghanaians will be the best people to judge his government when it finishes its four-year mandate.

“The things my opponents say sometimes make me wonder if they are blind or deaf. They always rain insults on me for doing nothing”.

“They are always accusing me of wrongdoing but take the credit when something is right. They once said free SHS cannot happen in Ghana, but it is happening and they are benefiting from it,” President Akufo-Addo said.

He further dispelled claims by the opposition National Democratic Congress (NDC) that he lied his way into power. According to him, his government will fulfil all the promises it made during the 2016 elections to shame the doubters.

“The 1D1F is what we are all seeing over here. Before my tenure comes to an end in 2020, you will all realize the good things I did for this great nation. I didn’t come to tell lies”.

“I will fulfil all my promises before my tenure ends with regard to the 1D1F, 1V1D and so forth,” he declared. The President added that government is keen on reviving the local textiles industry which is currently not stable.

“I am going to make sure Ghanaian enterprise and industry take pride of place in the movement of our country. Akosombo Textiles, which was in jeopardy, has begun rising again and we will keep on reviving it,” he assured.

On the state of roads in Sedom, President Akufo-Addo said he and the Road Minister are working on it.

“That is the main reason the Minister of Roads and Transport, Amoako Atta, is with me. I take him wherever I go so that he can have a fair idea about roads in the country. So I am sure he will work on it. We all saw the bad nature of the road.”