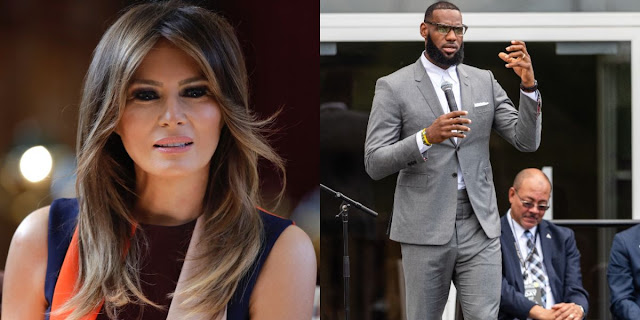 President Donald Trump recently referred to iconic sportsman Lebron James as “dumb” on Twitter and not only did Michael Jordan sided with his colleague basketball star but the First Lady Melania Trump has also sided with Lebron against her husband’s tweet.

“It looks like LeBron James is working to do good things on behalf of our next generation and just as she always has, the first lady encourages everyone to have an open dialogue about issues facing children today,” the statement read. “As you know, Mrs. Trump has traveled the country and world talking to children about their well-being, healthy living, and the importance of responsible online behavior with her Be Best initiative.”