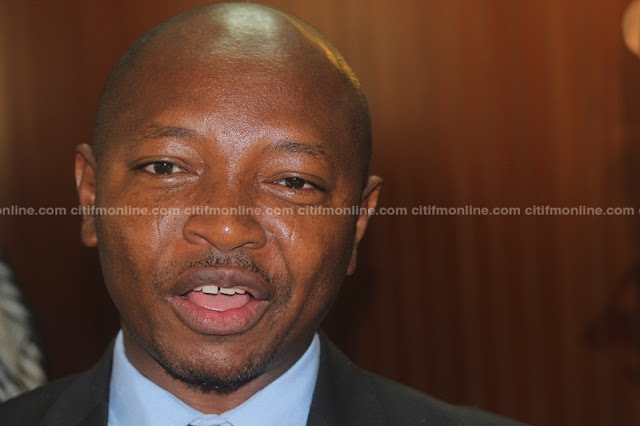 Member of Parliament for Kumbungu, Ras Mubarak, plans to back words with action by riding a bicycle to Parliament from Tuesday in protest of the high cost of fuel and the economic conditions under the Akufo-Addo administration.

The MP’s National Democratic Congress (NDC) has not relented in its criticism of the government’s handling of the company, and he now says it is time for a different manifestation of people’s frustrations.

With the 2019 budget set to be delivered later in November, Mr. Mubarak perhaps hopes it actually delivers on the hope President Nana Akufo-Addo has promised and also offer relief to Ghanaians.

President Akufo-Addo has also previously admitted that times are difficult for Ghanaians though the country has not seen any crisis.

“Fuel prices keep going up. Prices of commodities keep going up and there seems to be no end in sight in respect of the suffering that ordinary Ghanaians who do not have free fuel and free vehicles maintained by the state,” Mr. Mubarak told citinewsroom.com.

The MP said he expects some legislators and Ghanaians in general, to join him in his protest.

“The honorable Dr. Clement Apaak has indicated he is interested in joining the cause, and I am sure once we get started, we might have not only members of Parliament, but ordinary Ghanaians who are feeling the pressure joining in the expression of frustration.”

On how long this protest will go, he said “let’s get started and see how things unravel. If there is the need to sustain it as long as can be, I will be happy to sustain it.”

Mr. Mubarak is also killing two birds with one stone as he says the deteriorating state of the environment is also of concern to him.

“First of all, it [riding a bicycle] is a healthy thing to do. Secondly, there are concerns about the environment and there are no better means of preserving the planet than using means of transport that are environmentally friendly.”

The Kumbungu MP prides himself on his activism, and has spoken up not only issues of national interest but also expressed a willingness to intercede on behalf of prosecuted minorities in Myanmar, the strife in Palestine and even the recent murder of Saudi journalist Jamal Khashoggi.

“An attack on any journalist in any part of the world should be an attack on all men and women who are interested in upholding democracy and the rule of law. An attack on Rohingya Muslims or Palestinians should be something of concern for people who want to promote a common humanity.”

Indeed, he hopes his latest protest will be a step towards rekindling Ghana’s protest culture.

“In all of the things we do, silence is not an option. Silence should not be an option. As Ghanaians, I think that we have to resuscitate, we have to rekindle the spirit of expressing our frustrations because if we are not talking about it, if we are not embarking on civil disobedience, government will certainly take us for a ride.”