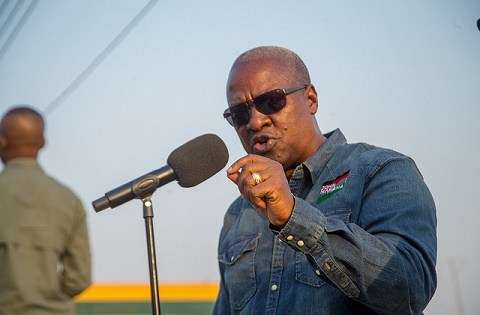 Former President John Dramani Mahama has revealed that he will abolish the double track educational system as soon as he is elected president of the country in 2020.

“We are not in opposition for affordable education but we believe it must be implemented appropriately. I will work hard to abolish the double track system as soon as possible. We will work efficiently to provide adequate infrastructures and complete the 200 community day school project.”

The double-track system which consists of the green and gold batch was introduced by the President Akufo-Addo’s administration to afford the government with the capacity to deal with a large number of Senior High school placements where some students will not have had the opportunity to access Free SHS as a result of lack of classroom space.

The former president of Ghana who has never supported this policy since its implementation revealed this when he addressed the media after filing his nomination forms at the NDC party Headquarters.

Mr Mahama in October, 2018 made an assertion in a Facebook post stating: “We will abolish the current shift(double-track) system, re-introduce the more efficient three-terms per academic year programme, and bring back the emphasis on skills training, technical and vocational education to provide students with more options, as they go forward with their choices in diverse career and aptitude paths.

The double-track system took off on September 11, 2018, with the track green students enrolling for the 2018/2019 academic year under the second phase of the Free SHS concept.

The track gold students, on the other hand, enrolled on November 8, 2018 while the green track came on break.