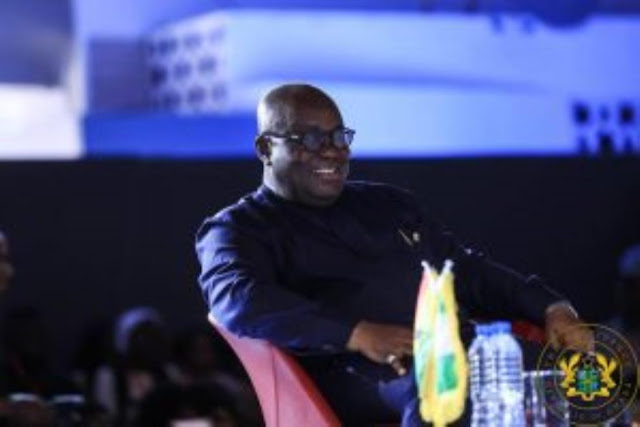 Ghanaians who believed the Akufo-Addo government will reduce the public debt by not borrowing money in the same the way his predecessors did, may have their hopes dashed.


This is because President Nana Addo Dankwa Akufo-Addo has said his government will keep borrowing money to put up projects he described as “assets” to pay back those loans.

He said every country borrows money for projects and Ghana is not an exception.

“We will borrow money; everybody borrows money. The United States of America is one of the biggest debtors in the world. So borrowing money is not necessarily a betrayal of the concept of independence. The key for us in borrowing money is that we borrow money to create assets that will allow us to pay the money back. That is the key…If we borrow the money and use it properly it is an asset for us in expanding our economy and infrastructure,” he added. 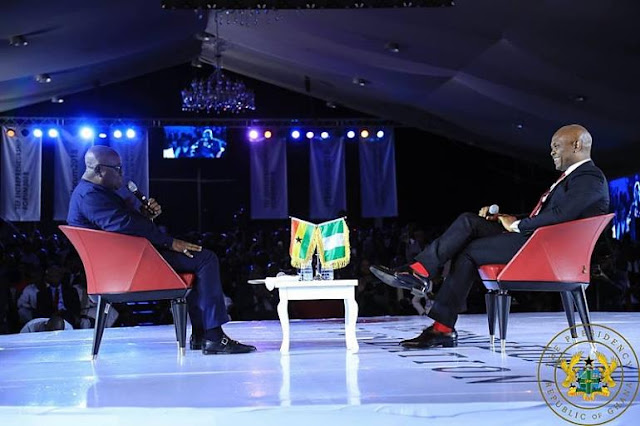 The president was speaking at an entrepreneurship forum in Nigeria on Thursday organised by the Tony Elumelo Foundation.

His remark was in response to a question from one of the participants who queried President Akufo-Addo on why he goes for loans from China despite trumpeting the Ghana Beyond Aid mantra.
President Akufo also said: “Borrowing money is not aid. What President Xi Jinping offered is a $60 billion fund which African countries can access, not as aid but as loans. If you can produce a project that the Chinese think is worth supporting, you can have access to that money, but you have to pay it back.”

The event brought together some 5,000 young African entrepreneurs who are being funded, trained and mentored by the Tony Elumelu Foundation. 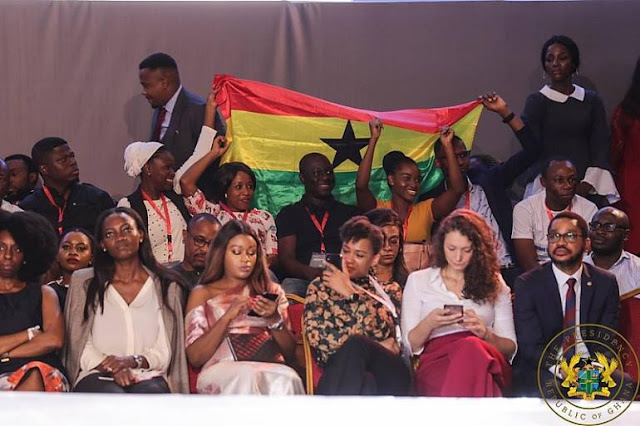 President Nana Akufo-Addo and his Vice President, Dr. Mahamudu Bawumia while in opposition criticized the Mahama government over what they called excessive borrowing.

Mahama according to Bawumia had a voracious appetite for foreign loans, an action he described as “reckless” and “worrying.”

“On this track, Ghana is clearly on the way back to the unsustainable debt level that pushed us to HIPC. This is a worrying development because Ghana received HIPC relieve just ten years ago after a similar debt binge by the previous NDC government. If the current borrowing binge continuous it will only be a matter of time before the international rating agency will classify Ghana as a country with a high risk of debt distress,” he warned.

Dr. Bawumia was addressing members of the NPP UK branch and the Young Executive Forum in the UK in November 2014 when he made those assertions.

Recent data released by the Bank of Ghana put the country’s total debt as at July 2018 at 159.4 billion cedis , representing 65.9 percent of the GDP. 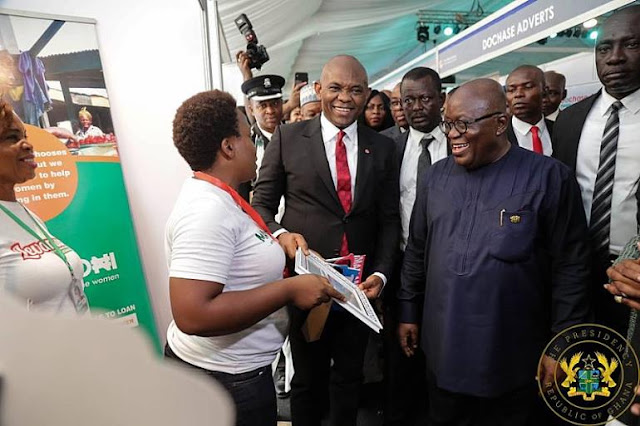 You’ve Taxed Everything, Companies Are Collapsing – Ken To Akufo Addo