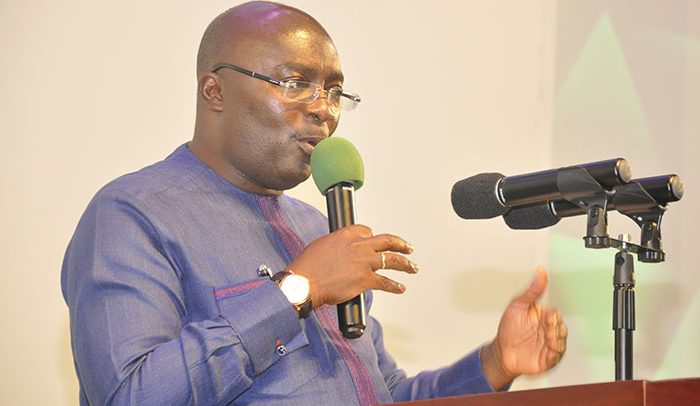 Vice President Dr Mahamudu Bawumia has waded into the controversial comments made by former president John Dramani Mahama while on his Thank You tour in the Bono East Region.

Speaking at the maiden Ghana Construction Industry Excellence Awards 2021 in Accra on Friday, September 10, Vice President Bawumia humorously encouraged the losers not to consider the awards a do-or-die affair in an apparent reference to Mr Mahama’s controversial comments.

“But seriously if you go to court to challenge an election result and you have no pink sheets, then your case will die,” he mentioned to abrupt derision in the auditorium.

Mr Mahama’s comments were made on Tuesday, September 7 at the start of the second phase of his Thank You tour.

In an interview with Techiman-based Akina Radio, the three-time National Democratic Congress (NDC) Presidential Candidate said events during and after voting in the 2020 elections have taught his party a lot of lessons to make the 2024 polls a do-or-die affair for them.

“We have learnt our lessons from happenings during the 2020 polls,” Mr Mahama said.

The comments have since received condemnation in certain quarters but Mr Mahama has remained resolute and failed to retract them, saying they are different from the infamous ‘All die be die’ comments made by then candidate Nana Addo Dankwa Akufo-Addo in 2012.

“It’s different from ‘All die be die’. ‘All die be die’ is broken English [or] pidgin jargon that we say but this, ‘Do or die’, go open a dictionary and see. And I say it’s a do-or-die affair.

“We must win at the polling station or collation centre.”