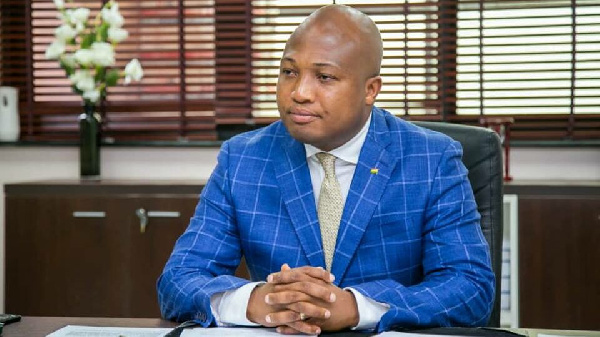 • He says Ghana will reciprocate

Samuel Okudzeto Ablakwa said Ghana will apply the same principle should these foreign missions embark on this “reckless and provocative path.”

In a Twitter post, the lawmaker described the action of visa denial as “most primitive, an unmitigated affront and a grave assault on our sovereignty. It is primitive, an unmitigated affront and grave assault on our sovereignty for any country to use visa considerations as a weapon to influence the decision of duly elected lawmakers.

“Our foreign ministry must promptly serve notice that the principle of reciprocity will apply to any nation that embarks on this reckless and provocative path,” he wrote on his social media page, Twitter.

Muntaka revealed that some MPs are being denied visas due to their advocacy for the bill.

He cautioned that MPs will be forced to demonstrate against embassies if they maintain their position of denying them visas.

He said that all avenues including shutting down the embassies will be employed if the situation does not change.

“If we find any embassy that uses this [the passing of the bill] to deny MPs visas, we’ll organise a demonstration to close down that embassy,” he said.

Minority Chief Whip, Muntaka Mubarak earlier this week revealed that some embassies have denied lawmakers visa due to their advocacy for the LGBTQ+bill.

He cautioned the embassies that MPs will be forced to demonstrate against them if they maintain their position of denying them visas adding that parliament will not succumb to the pressure of the embassies and will act only in the interest of Ghanaians.

“No country can dictate to us. If they dare deny any of our MPs visas based on this, we will also ensure that nobody from their countries gets entry visas to Ghana.

Thanks for visiting Ghbestpromo.com to READ “We’ll reciprocate if visas are used as weapon – Samuel Okudzeto Ablakwa cautions Ayorkor Botchwey“