Ursula Owusu Announces Smartphone For Every Citizen By 2020 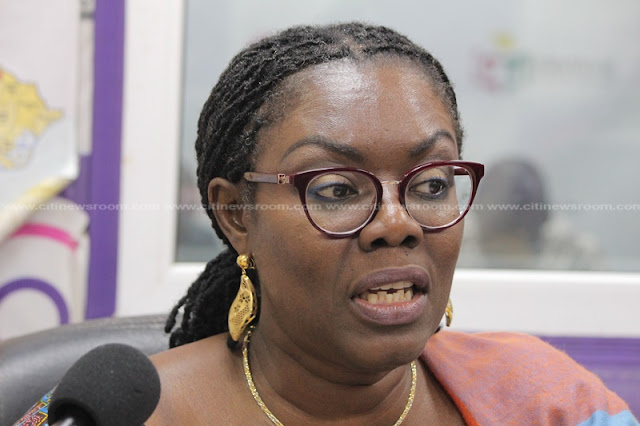 She said this was part of Governments move to build a digital economy as well as facilitate the teaching and learning of ICT where almost 1,000 senior high schools, and over 200 junior high schools have benefitted.

“This is a national exercise that we are rolling out around the country. Even our persons with disability, blind citizens are also being equipped with computers and special software to be able to use normal computers and not just braille computers.

“We have started in the universities, we are going to the Akropong School of the blind, we will extend that facility also to other persons with disability,” she said.

Mrs Ekufful also announced that her office was working with the ministry of finance to ensure that every citizen gets a smart device.

“I am working with the minister of finance to make sure that hopefully by 2020 we can put a smartphone in the hands of all citizens in this country, even in our rural communities. It should be possible to manufacture and assemble those devices locally.

“So I’m using this medium to invite those who are interested in partnering with the government to come. Even through the one district one Factory facility, we can set up computer and devices assembly plants in this country, which will supply not just our country, but the entire sub-region as well. That’s an opportunity right there,” she said.

She stressed the need to give children the digital skills that they need to be able to survive, compete and thrive in the new world that is unfolding.

She added, “we think it is important that our children be introduced and proficient in the use of computers at a much earlier age.”

“Over 200 junior high schools have been equipped with computer labs around the country. Their teachers have been trained so that they can also train their students.

“In Ablekuma west 30 teachers have been trained, about 2,000 children have already been trained who intend to train their friends, and families and ultimately assist entire communities. I am pleading with the community to take charge of this infrastructure that is being provided, protect it, maintain it and use it,” she said.

Administrator at GIFEC, Kofi Asante said that the exercise was under a programme which will roll out for a period of 5 years,

He said, “we have a strategic plan to roll out from 2018 to 2022, and with that plan, we hope that by the end of the programme every junior high school would have been equipped.”

“Now with the NABCO programme we are going to run a shift programme so that when the kids are here, they will be taken care of by their teacher, and when they close the community will be taken over by NABCO trainees.

“These facilities that we put up in the schools are not only for school usage but also the community. The community can also take advantage of it and learn a lot of things,” he stressed.

Mr Asante noted “because we did not place much emphasis on ICT at the beginning of the whole programme of educating our kids, a lot of them have not got adequate skills. This is to ensure that those who are growing can have the skills, and even those who have already received formal education could also catch up.”