Social media users have wildly reacted to the Medikal and Fella Makafui’s bedroom video which is fast going viral on social media.

Makafui a few moments ago shared a video of her in bed with Medikal kissing, smooching and doing a whole lot of kinky bedroom stuff.


Ever since the video hit social media, critics of Fella Makafui and Medikal’s love have described the video with wild statements. Whiles some have described their bedroom romance as a sign of immaturity, others have warned Fella to be aware that Medikal did worse with Sister Derby and will betray her soon.

Some even went as far as telling them they are behaving like dogs. Die-hard supporters of Sister Derby, the x-girlfriend of Medikal have used unprintable words on the couple.

A section of Ghanaians who are happy for Fella and Medikal lauded their show of affection and urged them on.

READ SOME OF THE COMMENTS BELOW.. 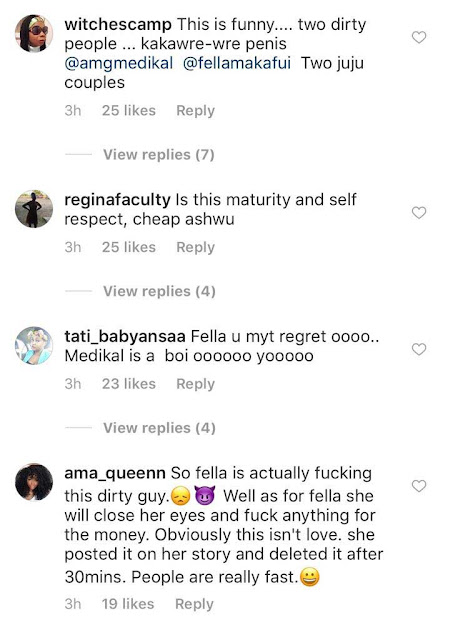 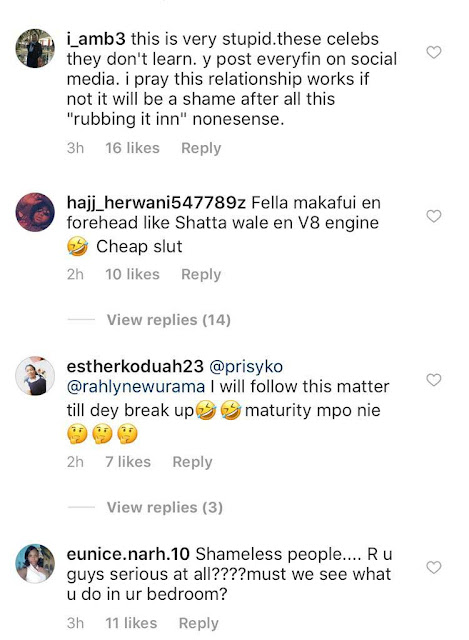 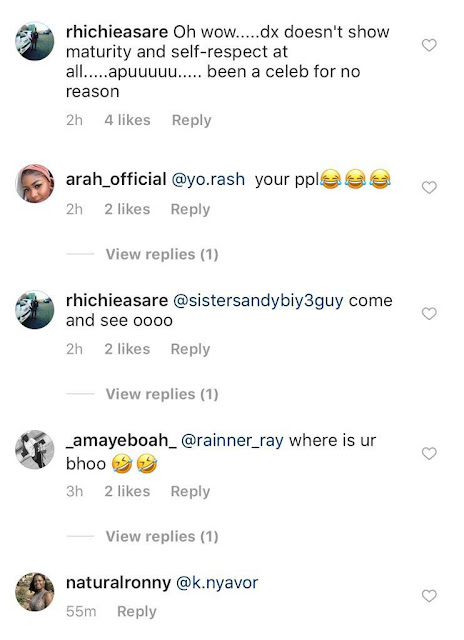