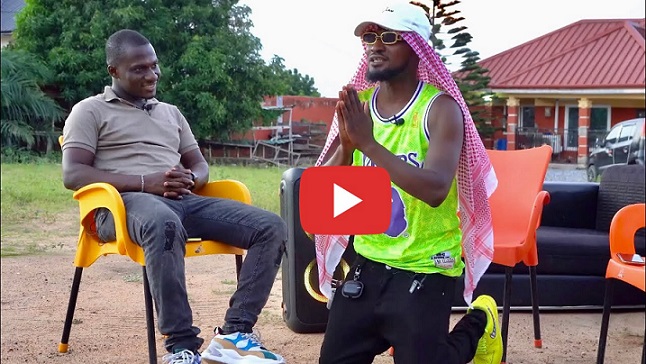 Adebayor wanted to Dash me 11 Bedroom House and $300,000 but he stopped – Funny Face reveals

Ghanaian comedian, Benson Nana Yaw Oduro Boateng aka Funny face, has sadly talked about how Adebayor changed his mind about something he wanted to do for him.

Adebayor has been very good to Funny Face after they became close.

But speaking in a recent interview with ZionFelix on the ‘Uncut’ Show, the ’Kasoa Trotro’ actor revealed the Togolese footballer wanted to give him 11 bedroom house.

In addition to the house, Funny Face said he promised to give him GHS 1.8 million.

Unfortunately, the popular comedian disclosed that Adebayor rescinded his decision.

According to him, this was after he reacted to a jab from someone on social media.

He reiterated the good plans Adebayor had for him.

Watch the full interview below.

LilWin has become the highest paid football player in Ghana after signing for New Edubiase United.

Nkansah, 34, is one of twelve new signings Edubiase who competes in Zone II of the Division One League.

Despite the likes of Fabio Gama and Gladson Awako being on monthly salaries speculated to be around $2000, Nkansah has claimed that he has become the highest-paid player on the Ghanaian domestic scene. READ  full story here

Thanks for visiting Ghbestpromo.com to READ “Adebayor wanted to Dash me 11 Bedroom House And $300,000 but he stopped – Funny Face reveals”