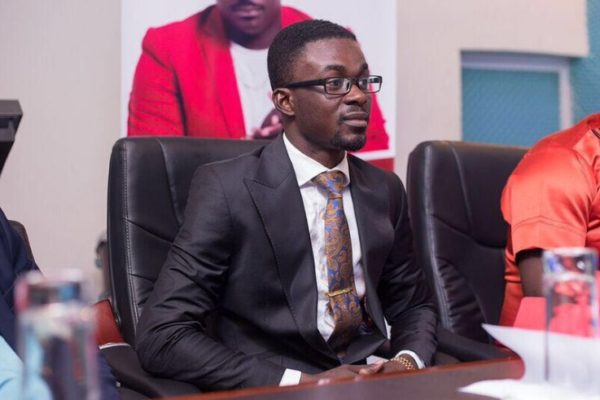 Latest reports coming in suggests the Chief Executive Officer Menzgold Ghana Company Limited, Nana Appiah Mensah has been invited over for interrogation by the The Economic and Organised Crime Office (EOCO) as confirmed by the Executive Director of the Economic and Organised Crime Office (EOCO), K.K. Amoah.
The Bank of Ghana (BoG) recently indicated that it was moving against Menzgold, which is suspected to be carrying out unlawful transactions by taking deposits.

Menzgold, according to the regulator, is carrying out unlawful transactions by taking deposits.

In a public notice issued by the BoG, it said the company has no authority to engage in what it says are the “solicitation, receipt of money or investment and the payment of dividends or returns to its clients.”

But in a post on social media afterward, Nana Appiah Mensah called the bluff of the central bank.

In reply to a follower who asked him to respect the regulator, Nana Appiah said he does not recognize the BoG as his supervisor.

“BoG is not my regulator. Get your facts right. I do not operate under Act 930. Therefore BoG does not have jurisdiction over my business plus the baseless allegations. We had a year-long meeting with the central bank and resolved, that should have been the end of the matter”.

Menzgold is currently operating with a license granted it by the Minerals Commission and the Ministry of Lands and Natural Resources.

The central bank maintained that Menzgold is in breach of section 6(1) of the Banks and Specialised Deposit-Taking Institutions Act, 2016 (Act 930).

BoG further said in spite of several warnings to the company, Menzgold continues to engage in the illegality; hinting that discussions were already underway with regulatory authorities to enforce the appropriate action on the company.

“Accordingly, anyone who transacts any of the above-mentioned businesses with Menzgold Ghana Company Limited does so at his or her own risk and the Bank of Ghana will not be liable in the event of loss of investments or deposits.”