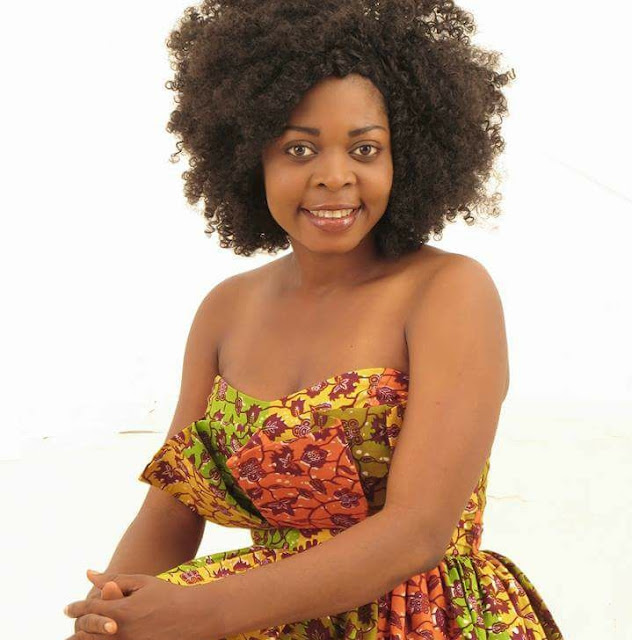 According to her, some very prominent men tried sleeping with her despite her proclaiming to be HIV positive.

In a Facebook post, Dzidzor has dropped the photos of the men who she claims wanted to sleep with her in their houses.

The former AIDS ambassador claimed that Songo tried sleeping with her somewhere in 2008 with a promise of buying her a bag of rice but when she went to his house in Lapaz, he did even refund her transportation cost. She also posted a photo of actor Henry Harding aka Papa Nii Papafio, insinuating that he is another big man who has chopped or tried to chop her down before.

While she did not say much about Papa Nii, her caption which read: “These are the list of men who tried sleeping with me in their homes but I refused. Songo promised me a bag of rice in 2008. Even the money I used for ‘trotro’ to his house around inside Lapaz he didn’t give back to me.”

Dzidzor’s latest claim comes after she released a half-naked photo of herself with a rather curious caption to it.

In the caption, she accused former President John Mahama and his wife of harming her but failed to give enough details.

Earlier she had also been in the news for ‘exposing’ one Kristoff Adjei who allegedly took advantage of his HIV status to sleep with her. In other news, star Ghanaian actress, Nana Ama McBrown has got a blogger to pull down nude photos of Christabel Ekeh, which were posted online.

Nude photos of Ekeh surfaced online on Wednesday evening but the blogger, Nkonkonsa.com reportedly made the photos trend after posting them on Instagram the next day.

McBrown who was least impressed by the post joined the conversation asking Nkonkonsa.com to pull down the post which he obliged. 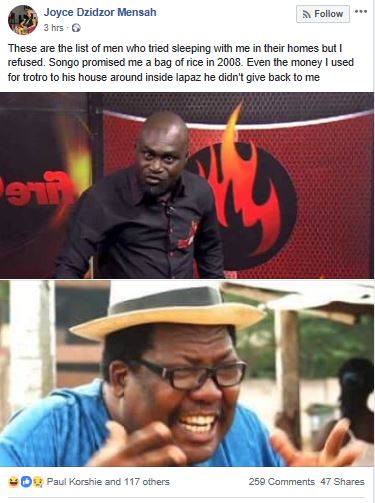