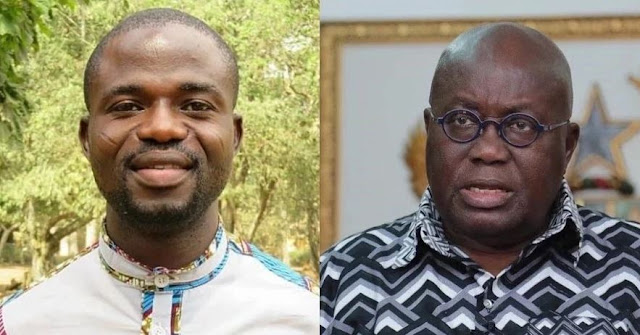 The President of the Republic of Ghana, Nana Akufo-Addo on Wednesday, December 22 addressed some members of the media at the Jubilee House.

The latest encounter which was the President’s third meeting with the press since assuming office served as a platform for the President to account to Ghanaians his stewardship of the country in the last twelve months.

The President among other things touched on galamsey, the controversial drone project, the collapse of the seven banks and the government’s Free Senior High School programme.

On the fight against galamsey, the President reaffirmed his commitment to protecting the environment, clarifying that the ban on illegal mining has not been lifted contrary to reports.

“The ban on small-scale mining was never intended to be permanent. It was to enable Government fashion a policy that would sanitise the sector, and ensure that, in future, small-scale mining, which has been with us for centuries, would not damage our environment.

The President in defending the $15million drone deal aimed a subtle jab at the opposition National Democratic Party for vehemently opposing the deal.
“I prefer drones flying to deliver essential medicines to our people than an investment in guinea fowls that allegedly fly off to Burkina Faso without any trace,” he said, which is a direct attack on the record of ex-president John Mahama, under whose tenure the infamous guinea fowl scandal was recorded.

Investigative journalist, Manasseh Azure Awuni was present at the Jubilee House and he has passed his verdict on the meeting.

According to the Joy FM reporter, the latest presidential encounter with the media ranks lowest among the ones he has witnessed in his lifetime.

Manasseh in a Facebook post said “this is the worst presidential encounter with the media I have witnessed in my life. This is my view and I have the right to hold”.