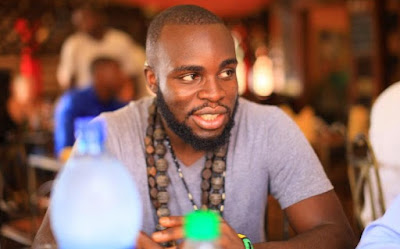 Award-winning Ghanaian rapper, singer and songwriter Kwame Ametepee Tsikata aka M.anifest was one of the many top musicians advertised for the October 21 Becca @ 10 concert.

M.anifest after days of advertisement concerning his appearance at the show never mounted the stage to entertain fans who attended the concert because of him. Zionfelix.net is reliably informed that the ‘god MC’ rapper was at backstage of the National Theater whilst the show was ongoing.

Zylofon Media, organisers of the show has explained to Zionfelix what prevented M.anifest from performing at the decade celebration concert. Samuel Atuobi Baah, Head of Communication at Zylofon Media in an interview with Zionfelix on Radio Univers’ mid-morning show, Brunch2Lunch said time did not allow the alumnus of Macalester College to perform at the concert.>

Sammy who confirmed that he saw M.anifest at backstage disclosed that “the time M.anifest wanted to be on stage, there were other artistes performing. He had other engagements on the same night so he had to leave to attend to them.”

He further told Zionfelix that “Artistes performances on the night were not strict because we did not pay any of the guys who showed up, they were all at the show to support their sister”.

Watch highlights from Becca @ 10 concert below: