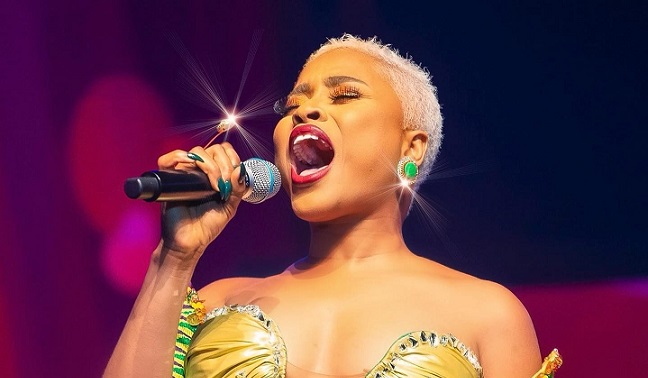 Adina tells all about how she almost Died after Doctors discovered 16 Fibroids in her.

Musician Adina has revealed that she went through hell after living with 16 large fibroids without knowing it.

According to her, by the time doctors discovered them, they were grown and had become life-threatening, forcing her to undergo surgery.

Adina said the surgery and recovery process went smoothly but she had gone through quite an ordeal by the end of it all.

Narrating what she went through on the show ‘Restoration with Stacy’, Adina said her mum had initially told her about the fibroids but she brushed it away.

However, she was forced to go check her status after having her period in November last year.

“Late last year November, during my periods, I noticed it. I think the fibroids had grown so big. I went to the hospital, the doctor checked me and said I had huge fibroids and had to take it out now,”

According to her, doctors found 16 large fibroids in her. Doctors told her that her womb looked like a pregnant woman.

“They said it looked like I was 32 weeks pregnant,” she recalled.

Adina said the surgery was successful and she healed so well that five weeks later she managed to perform at the VGMAs.

“My number one prayer was a successful surgery. I prayed to God to heal me faster. The way I healed shocked me. I texted my friends that it was a miracle”, she said.

“My stitch never opened; my wound healed fast. By the 5th week, I was doing performances at the VGMAs.”

Adina is now raising awareness about fibroids in women through a foundation she has set up.

“The first thing I want to do is to raise awareness. It’s affecting a lot of black women who probably do not know they have it. I lived with it for years and I didn’t know it was fibroids. So, I believe there are a lot of women like me who need education.

“We’ll open up for donations and we’ll use the money to help women get free scans. With the next step, there are very critical cases that need surgery; we’ll work on that as well.”