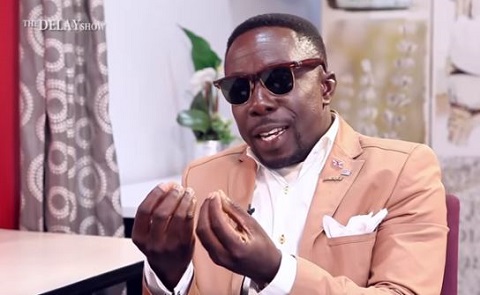 Some Ghanaians on social media are angry with Kumawood actor Mr Beautiful for saying gays should be allowed to enjoy their rights in the country and face the consequences of being gay.

He passed the comment during an interview with Sammy K.

Commenting on the anti- LGBTQ+ bill proposed by some members of parliament, Mr Beautiful said gays should be allowed their rights in the country and face the consequences alone.

“I’m not gay and don’t know anyone who’s gay, I haven’t made up my mind to be gay,” he told blogger Sammy K this week during an interview. “If someone decides to sleep with a fellow man and be happy, that’s fine – it’s their choice.”

He said ignoring the ‘natural way’ of having sexual affair is a choice and that if it makes gay people happy, so be it.

“For me, I believe that God created a nice hole [vagina] for us to enjoy, but if someone chooses to sleep with a man, and that will make them happy, it’s their choice. That’s their right. If they want their rights, give it to them. And then when the consequences are coming, they will face it.”

When asked LGBTQ+ should be legalised in Ghana, he was quick to say: “I never mentioned legalisation.”

His statement didn’t sit well with some Facebook users on Pulse Ghana’s page. The majority of them lashed out at him.

“He is not serious. No wonder he is not getting roles in the movie industry. Nonsense talk. Leave your children on high ways to play since it their right,” Facebook user Gifty Affum commented.

“God did not allowed us to face the consequences alone. No wonder his nickname is ‘Mr Beautiful’ Confused man,” Adams Samuel said.

“They will not bear the consequences alone..but all of us are going to suffer for it. Because the mercy and blessings God has for us will be taken away. And we may face hardship as never seen before cos the anger of the lord will be terrible on us.”

“People don’t know how destructive this thing will be to our society…. Unemployed graduates will become victims p33 as a form of bribe to secure job opportunities from high officers who are into the act.”

“No please we won’t, they will come to the hospital nurses nd doctors. We can’t add that to our work,” said Ellin Kyei.

“So does arm robbers and prostitutes have thier right so are they special than them?? Siasem kwa.”