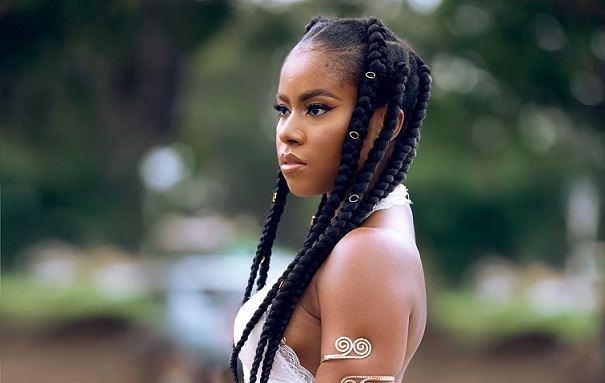 Ghanaian diva, Mzvee, has left her fans teary after sharing her depression story for the first time while speaking in an interview on YFM with Kojo Manuel

The singer who has won the hearts of many Ghanaians with her melodic voice and truckload of hit songs recounted how she thought her music career has ended after she exited Lynx Entertainment.

In the course of the interview, she also added that she felt the world was crushing on her and all hope was lost because she had no idea of making it on her own as an artist with no record label.

During that period, she claims to have fought herself every blessed day because she was confused and even contemplated quitting music.

In her own words;

I was fighting myself so much, personally like I just wasn’t a happy person, I was angry most of the time you can’t even explain what that feels like, but I was just angry with myself all the time and did not want to talk to people and smile to people

I had to start talking, yeah and it was the one thing that helped me the most, I was not really close to family but I got with family

The female vocalist who is currently promoting her new spanking song dubbed “Coming Home” Ft Tiwa Savage additionally bragged that she has been able to break the Lynx curse.

this is because she is the only signed artiste to leave the record label and still flourish in her career unlike Asem, Eazzy, OJ Black, Irene Logan etc.

Thanks for reading “Mzvee Emotionally Shares Her Depression Story For The First Time – Leaves Fans In Tears” on Ghbestpromo.com