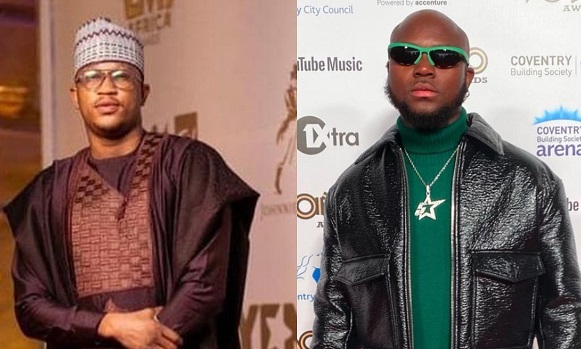 After suffering what he says was abuse in the hands of musician King Promise and his management, CEO of 3 Music, Baba Sadiq has vowed never to put the award-winning singer on any of his shows.

Further to that, the event organizer has revealed that he has ordered for King Promise’ videos to be banned from his TV channel forthwith.

“I sent a message to him and Killbeats through Ike Otoo Arhin and Erasmus that. The day he will tweet some of the nonsense he tweets about non-support and bla bla. That day, I will move from radio station to radio station, tweet to tweet, TV to TV to indicate why he doesn’t have the moral rights to even talk about that.

“He is the only person that continues to get enablement but doesn’t enable anybody back. For starters, my channel di3 all his videos are off. There is nothing I am involved in, whether directly or remotely that will involve him. Maybe the awards board can choose to have him. It’s their power but personally, I am off any King Promise agenda. Ike and Erasmus can all bear witness to what they did to me in times past and in recent times. I Dey my corner these days,” he posted in a Facebook comment sighted by GhanaWeb.

Details of the cause of his reaction towards the singer remain scanty, however, Baba Sadiq put up what has been touted as one of the biggest music shows for the 2021 Christmas period – the Wildaland Festival.

Days after the event, a rant by dancehall artiste Shatta Wale on what he says is the lack of support from Nigerians for Ghanaian music triggered a response from Sadiq, who also slammed the attitude of Ghanaian artistes as a contributory factor to the lag in the industry.  source: ghanaweb

Thanks for reading “Baba Sadiq takes King Promise’s videos off his TV station” on Ghbestpromo.com.