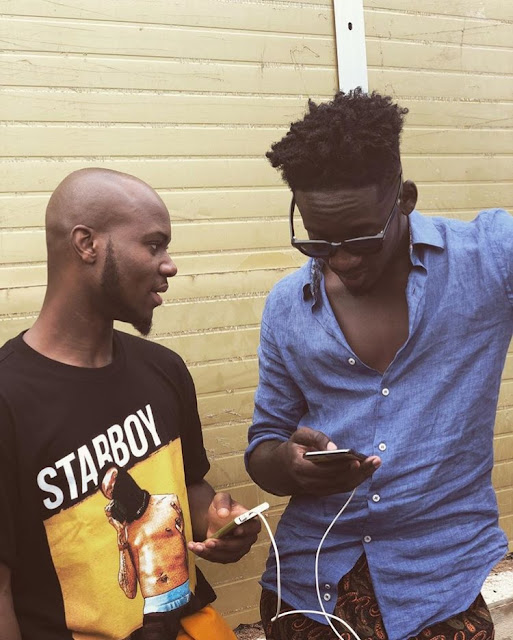 “Oh Yeah” hitmaker King Promise known in real life as Gregory Bortey Newman has disclosed Ghana-Naija star Mr Eazi as his best friend.
King Promise said this in a chat with Giovanni Caleb and Berla Mundi on Starr Drive, after he was in Dubai for Mr Eazi‘s birthday.

“Mr Eazi and I are best friends we just click. He likes my stuff I also like his stuff and if there is competition between both of us it’s a good one,”

The CCTV singer also revealed that he has already recorded his latest song “Abena” before he brought out “CCTV”.

“I recorded Abena before I went to London. People have been hearing love songs, so my team [decided] to bring out something different. So when I came back we decided to try this one and see we brought out the CCTV,” the Best New Act at the just ended Ghana entertainment awards USA.

According to the artiste, his new music video “Abena” has more views than that of CCTV and the former is trending on iTunes ahead of the latter.