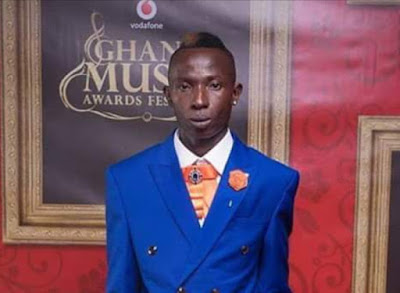 Agona-sweduru superstar, Justice Amoah, but famously known as Patapaa has added his voice to the likes of Kwame Sefa Kayi, Kwesi Pratt, Samini, Uncle Ebo Whyte as well as  Black Rasta and called on Ghana’s incumbent president, Akuffo-Addo to legalize marijuana any moment from now because of its enormous benefits.


The crooner of “One Corner” in an interview with SVTV Africa cited the happenings in France to buttress his marijuana legalization campaign in our motherland – Ghana.

“In France when a citizen is busted holding a piece of weed, he will be released. This should tell you that marijuana isn’t a bad thing”.

He further talked about the benefits of marijuana smoking that he feels it’s high time Ghana’s government considered its legalization.

“Yes weed is neither cocaine nor tramadol, people smoke weed to learn because it enhances academic performance. This same is used to make human hair creams and many others.

But then, he advised the youth not to rush into marijuana smoking but should patiently wait for the right time because smoking is a calling.

“Marijuana smoking is one of the callings of God and if God hasn’t called you to smoke, don’t do it until you’re called someday”