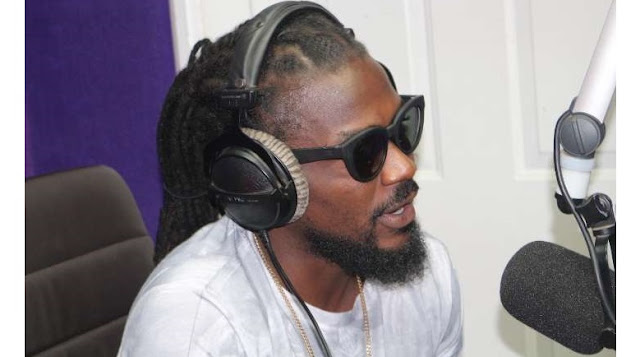 Dancehall act Samini was billed to perform at the December 1st S Concert at the Accra Sports Stadium but never showed up on stage on the night of the event.

The ‘Scatta Badmind’ hitmaker Ghnewslab.com can say was at the Accra Sports Stadium where the event occurred prepared to entertain the crowd but something happened on the night which stopped him from mounting stage. Emmanuel Andrew Samini in a video posted on his Facebook page has explained his reasons for a no-show at this year’s S Concert.

According to the MOBO award-winning act, organisers failed to go by their time they give him. Samini disclosed that the event organisers gave him 1:30 AM but he was at backstage for almost four hours after the stipulated time without any explanation from them.

“I don’t normally complain like this  but guess what, this is getting out of hand. I’m sorry to the fans who came out to the stadium to see me but I’m not doing the show and I’ve left the stadium. we have to stick to, we have to make sure organisers communicate right with the artiste. you don’t keep me backstage almost four hours and have me wait for people to take turns on stage while I still sit backstage without knowing what to do. So basically, my call time was 1:30 and I stayed backstage till 4 o’clock and I had to leave” Samini gave an explanation.