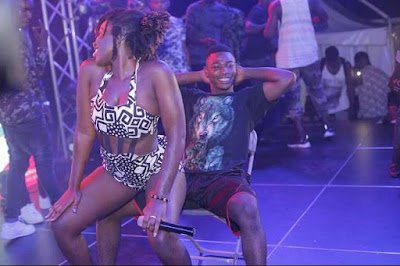 The album launch happened on Wednesday, December 6 at the Golden Tulip Hotel in Accra in the presence of many industry players. Ebony at the album launch performed all the hit songs she has released since 2015 till now.

Kupe, Sponsor, Date Ur Father, Poison, and Hustle were her songs she performed on the night of the event. Aside the 90s bad girl, Efya, Kaakie and Kurl Songx displayed at the show.

Celebrities who were at the event to support the 20-year-old singer were Captain Planet, Kaakie, Efya, Kurl Songx, KOD, Abeiku Santana, Lexis Bill, Giovanni and many others.

The show was hosted by Trigmatic.

She holds her first major concert on Saturday, December 9 at the Westhills Mall in Accra.