Shatta Wale $35,000 Donation Was Under Pressure 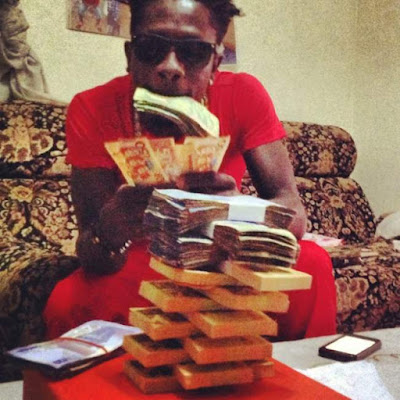 Prince Tsegah, an entertainment pundit, has said Shatta Wale’s $35,000 donation to Massachusetts was done on the merit of a person under pressure.

He disclosed this on Adom Entertainment Hall show last Saturday with Mike’2′.

According to him, Shatta made such donation due to social pressure mounted on him that Stonebwoy had some years back taken BET award while he (Shatta) had not got that opportunity.

“I feel that Shatta Wale donated because of social pressure. No one forced him to donate but social pressure forced him to do that in order to make his way out of shy. People have been hooting him with the BET, Music Award and artist of the year. So he wants to prove a point so that he can say he is recognized outside the country. For me, the donation he did is just an endorsement of statement for him for people to know that he can do unthinkable thing,  which is social pressure” he stated.

‘After Shatta receiving the key by the mayor of Worcester City, the fans on social media said Stonebwoy should bring his BET award, they will also bring their key from Worcester for them to compare the one with heaviest wait, this shows clearly that he is under social pressure, he wants people to know that he can also go international’

He said even though Shatta might probably know the rational behind the move, similar vulnerable are in Ghana who also need such donation to better their living conditions.