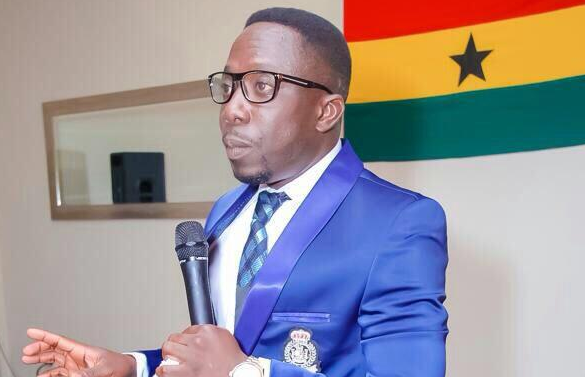 Ghanaian actor Mr Beautiful has asked the government of Ghana to allow the LGBTQ+ community to enjoy their human rights in the country.

The LGBTQ+ discussion is back on top trends after Member of Parliament Sam George clashed with a CNN presenter on live TV last week to argue the anti- LGBTQ+ bill proposed by some parliamentarians.

Even though the majority of Ghanaians support the bill, some Ghanaians are divided over it.

Adding his voice to the conversation, Mr Beautiful – known in private life Clement Bonney – has said gays should be allowed their rights in the country and that when the consequences of being gay come, they will face them alone.

“I’m not gay and don’t know anyone who’s gay, I haven’t made up my mind to be gay,” he told blogger Sammy K this week during an interview. “If someone decides to sleep with a fellow man and be happy, that’s fine – it’s their choice.”

He said ignoring the ‘natural way’ of having sexual affair is a choice and that if it makes gay people happy, so be it.

“For me, I believe that God created a nice hole [vagina] for us to enjoy, but if someone chooses to sleep with a man, and that will make them happy, it’s their choice. That’s their right. If they want their rights, give it to them. And then when the consequences are coming, they will face it.”

When asked LGBTQ+ should be legalized in Ghana, he was quick to say: “I never mentioned legalisation.”

On Monday, fellow actor Prince David Osei endorsed the LGBTQ+ bill, saying: “In the beginning, God created Adam and Eve, not Steve and Steve!! No one is denying one’s humanity if you Gay. But we are not supposed to pretend that men are women and women are men. We won’t modify basic biology because it threatens ones subjective sense of being Gay.”

Thanks for reading “‘Allow gay rights, they will face the consequences alone’ — Mr Beautiful” on Ghbestpromo.com