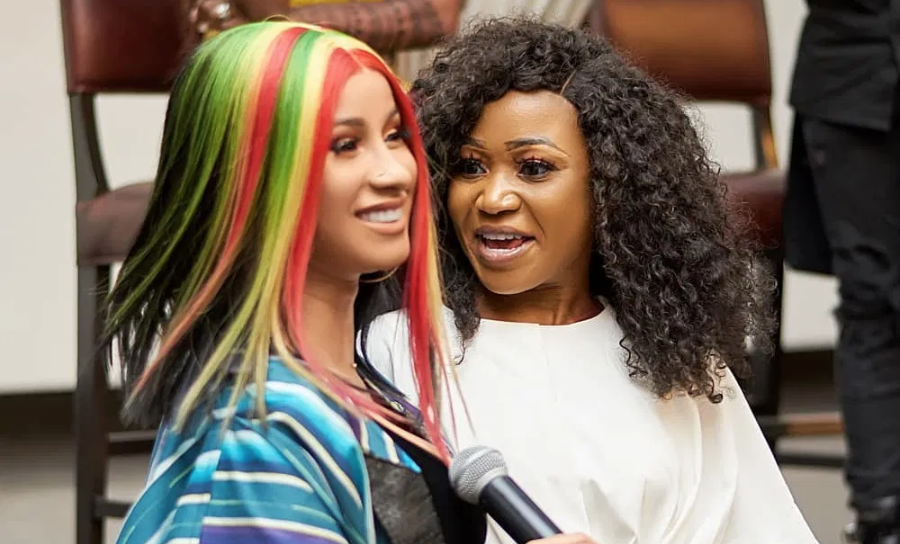 Cardi B gave Akuapem Poloo $30,000 during her Court Issue

Cardi B gave me $30,000 during my Court Issue – Akuapem Poloo Reveals.

The relationship between Ghanaian actress and model, Rosemond Brown aka Akuapem Poloo and American rapper Cardi B is deeper than we see on social media.

Something great was formed between Akuapem Poloo and Cardi B when the mother of two came to Ghana some time ago.

Poloo did not tw*rk in vain, she is reaping the outcome years after that.

Akuapem Poloo has publicly revealed that American rapper Cardi B sent her a whooping $30,000 ( estimated to be around 182,042.76 Ghanaian Cedi) during her court issue.

She disclosed that Cardi B was following every story about her court case and was very instrumental in her release from jail.

Poloo said the rapper call and text her personally to advice her about life and also encourage her.

“Cardi supported me, she gave me $30,000.00 which I used during my court case and advised me all the time,” Akuapem Poloo stated.

The actress and Vixen said her recent song which featured AMG Armani was influenced by Cardi B.

Akuapem Poloo claims Cardi B has promised to feature her on a song if she works harder and improves her brand as a musician.

“Cardi wants to feature me and encourages me to keep producing music so I can build my potential,” Poloo claimed.

Thanks for visiting Ghbestpromo.com to READ “Cardi B gave Akuapem Poloo $30,000 during her Court Issue”