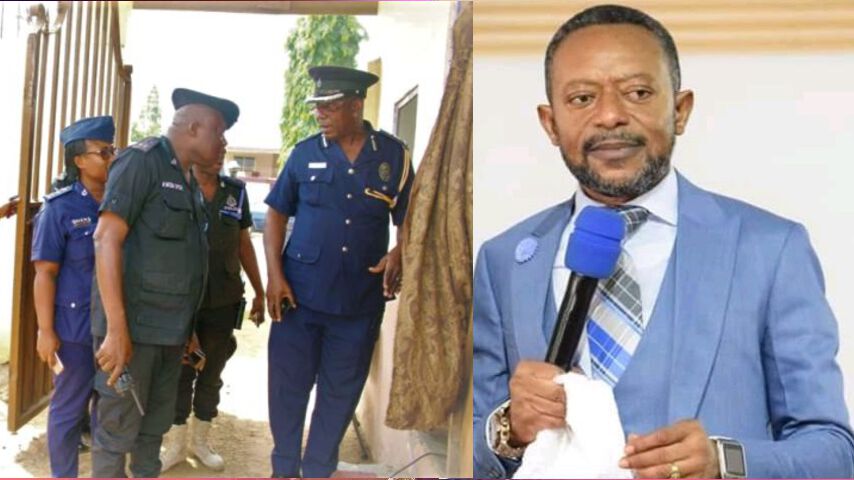 • Rev. Owusu Bempah has been rearrested for threatening the life of Patricia Oduro

• He has however been slapped with new charges by the police

Rev. Isaac Owusu Bempah, the General Overseer of Glorious Word Power Ministry International and two others have been re-arrested.

This comes shortly after they were discharged by the Circuit court.

The prosecution, led by Chief Inspector Dennis Terkpetey had Wednesday morning, prayed the court to discharge them of earlier charges, following the development of fresh charges in the case, according to Kasapaonline.com.

Aside this case, Rev Bempah and three others are also facing charges of causing unlawful damage in a different court, a development the lawyers are unhappy about.

Reports by Kasapaonline indicate that the accused persons are currently waiting for the case to be allocated to a court for the new charges to be pressed against them.

Reverend Isaac Owusu Bempah was arrested on September 12, 2021, with four accomplices by the Ghana Police Service.

He was arrested for allegedly storming the home of converted fetish priestess Nana Agradaa.

He was charged with offensive conduct conducive to breach of peace, threat of death, and assault of public officers.

He was standing trial at the Accra Circuit Court 1 until police amended the charge sheet and separated the cases. – source: Desvid

Thanks for visiting Ghbestpromo.com to READ “Rev Owusu Bempah Arrested again with two others“