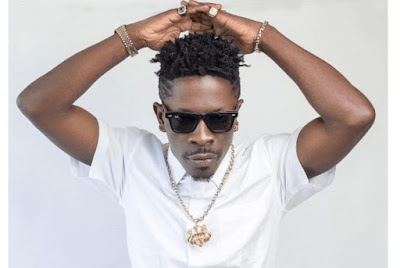 Dancehall act Shatta Wale has apologized to the Ghana Police Service for his reaction towards some police officers for an altercation that was captured in a short video circulating on social media.

In a video that has gone viral, the self-acclaimed Dancehall King is captured engaging in a heated argument with a policeman at East Legon in Accra.

The ‘Ayoo’ hitmaker in explaining the episodes that led to the argument disclosed that one of the law enforcement officers called him a rascal, a description he felt offended about.

However, in a facebook live post, Shatta Wale rendered an apology to the Inspector General of Police (IGP), the Regional Commander, and his fans for the altercation.
He added that, the policeman in the video is his ‘uncle’ hence Ghanaians should conduct enough research on matters before taking sides.