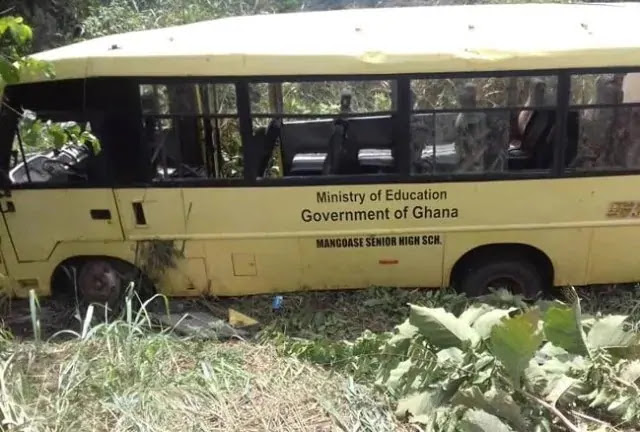 A teacher has been confirmed dead, with many of his students also injured following an accident at Odumase Krobo.

The teacher was on a bus with some 56 students of Mangoase Senior High when the incident happened. The deceased teacher has since been identified as Kwame Kyei, a 40-year-old man.


The accident reportedly happened on Saturday morning when the teacher and his students were heading to Manya Krobo Senior High.

According to a report by Accra-based Joy FM, the driver of the school bus failed his brakes and drove the car into the nearby valley. The bus is reported to have somersaulted, leading to many casualties being recorded.

A statement from the police confirmed that the teacher died during the accident, adding that all other persons on board the bus sustained various degrees of injuries.

The accident vehicle has since been towed away, whiles the body of the deceased teacher has been deposited at the morgue for autopsy.