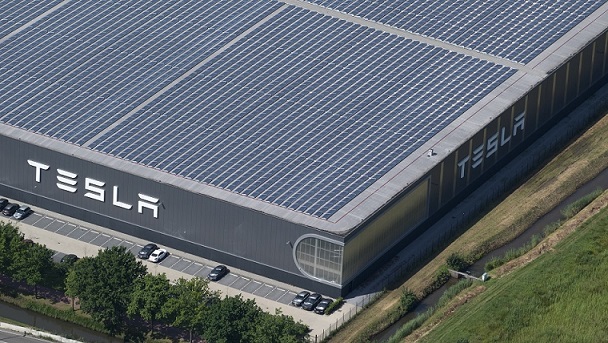 The Tesla solar roof has mystified homeowners for years now. Since its release in 2016, Tesla has made multiple changes to the product – from its looks, to its cost – and pretty much everything in between. Plus, with Tesla CEO and now Time Magazine’s Person of the Year Elon Musk’s endless unfulfilled promises about it on Twitter, it’s really hard to keep up.

But don’t worry, we’ve sorted through everything there is about the Tesla solar roof to answer some of the most commonly asked questions and help you figure out if this particular solar solution makes sense for you.

1. What is the Tesla solar roof and how does it work?

The Tesla solar roof combines traditional shingles and the functionality of solar panels into one product so homeowners don’t have to worry about sacrificing the look of their home in order to install solar.

So when you install the solar roof, you aren’t just installing something on your roof that will produce electricity (a la traditional solar panels), you are installing an entirely new roof that’s made up of two kinds of Tesla-branded shingles: active shingles and inactive shingles.

2. How much does the Tesla solar roof cost?

Typically, a Tesla solar roof will cost between $35,000 and $70,000 to install. However, the price you’ll actually pay for a solar roof installation varies, depending on a number of factors, including the size and complexity of your roof, the location in which you live, and how much energy you use.

A conventional solar panel system typically costs somewhere around $15,000 to $20,000, depending on the system size. While this is much cheaper, you have to keep in mind that the Tesla solar roof does include the cost of getting a new roof.

If you want to get a more in-depth look at what goes into the cost of a solar roof and how it compares to a traditional solar installation, take a look at our full breakdown here.

To find out how much installing a traditional solar panel system will cost for your specific home, check out our solar panel calculator.

3. Does the Tesla solar roof qualify for solar incentives?

Yes, the Tesla solar roof does qualify for solar incentives like the 26% federal solar tax credit. However, only the portion of the costs associated with installing the active solar shingles will qualify for most incentives.

The costs of installing a Tesla Powerwall battery with your solar roof will also qualify for the federal tax credit, if you choose to install one.

For example, if a solar roof installation cost $40,000 total, with $10,000 of the total cost associated with the part of the roof that generates solar, the federal tax credit would be applied only to the $10,000 solar portion of the costs.

4. How will the Tesla solar roof perform on my home?

Tesla’s solar shingles should work just fine on your roof, and you can expect Tesla to be able to design a system that offsets your entire electric bill.

However, Tesla doesn’t list any specific performance metrics for their solar shingles on their website, so it can be a little difficult to tell exactly how much power they will generate for you.

Tesla estimates you would need a 6.14 kilowatt (kW) solar roof system to completely cover a monthly electric bill of $150 in southern California. That’s about 772 kilowatt-hours (kWh) of electricity being generated by the roof.

It’s important to note that conventional solar panels can produce more electricity than a Tesla solar roof because of the way the solar shingles need to be oriented on your roof: they lay flat, instead of at an angle like traditional solar panels. If you installed regular panels instead, you would only need about 5 kW of solar to produce the same amount of electricity as the 6.14 kW solar roof. – READ Full article here