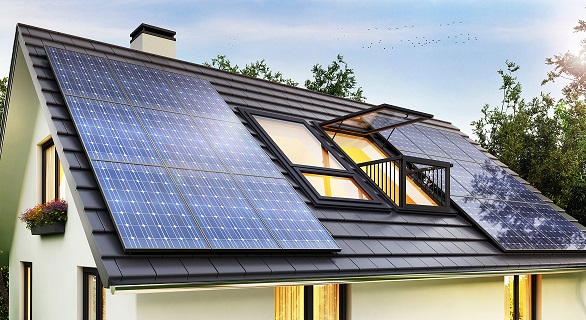 Enphase Energy, Inc., headquartered in Fremont, California, revolutionized the solar industry with their microinverter technology. Now, thanks to their global success as a market leader, they have started to expand their offerings for the renewable energy industry.

Enphase recently introduced the Enphase Energy System, going so far as to say that it is the “next generation” of solar power. Consisting of microinverters, IQ batteries, and an interactive app, the all-in-one system offers an integrated solution to store and manage energy production from your solar panels.

Let’s see if the Enphase Energy System stacks up to its claims.

What exactly is the Enphase Energy System?

The Enphase Energy System combines solar generation, batteries, and software for a practical all-in-one system that gives you control over your energy use while also lowering your utility bill.

One of the key highlights of this system is that it allows you to island your home from the grid, in accordance with the NEC (National Electricity Code), meaning you can operate your solar power system while the grid is down.

It’s important to note that the Enphase Ensemble System requires solar panels to be pre-installed at the home. Fortunately, Enphase’s products pair well with the majority of solar panel brands. Most solar installers will also be trained and certified to install Enphase products.

To understand more about the system, let’s take a closer look at each of its core components.

The Enphase microinverters are the heart of the Enphase Energy System.

Microinverters are designed to be placed behind every single panel in your solar array. They capture all the available electricity from each solar panel and convert it to alternating current (AC) power to be used as electricity in your home.

Microinverters ensure that each panel’s productivity isn’t impacted by the performance of a neighboring panel. In other words, if one of your panels fails or stops producing power because of shade or some sort of obstruction, the rest of your system won’t be affected (which is the case with traditional string inverter system setups).

Enphase is world-renowned for their microinverters with over 39 million shipped worldwide, so you can trust that they’ve got the technology down pat. Their microinverters are also accompanied by an industry-leading 25-year limited warranty.

Enphase recently released their smartest microinverter yet – the IQ8 Series. It has the ability to capture more energy in low-light conditions, thereby increasing your clean energy production capabilities.

With the IQ8, you’re also able to seamlessly switch from a grid-tied to an off-grid system. What that means is, when there is a grid outage, your Enphase system will detect the abnormal voltage and frequency, and automatically disconnect from it. The IQ8 microinverters are then able to form a microgrid and use Sunlight Backup to keep powering your home.

How much does the IQ8 microinverter cost?
There are six models that make up the IQ8 Series, and they each have slightly different functions and abilities. Depending on the model, you should expect to pay between $167 to $269.49 per microinverter.

Enphase’s IQ Batteries are also accompanied by a Storm Guard, a feature that will track different weather systems to prioritize power backup before a storm.

Enphase offers their IQ Batteries in two sizes: 3.3kWh and 10kWh. For the solar battery industry, these are both on the smaller side. To compare, the Tesla Powerwall has a usable capacity of 13.5 kWh. However, since Enphase batteries are modular by design, you are able to easily add more capacity if you need to.

Thanks for visiting Ghbestpromo.com to read “What is the Enphase Energy System“